Add Gold To Your Investment Portfolio 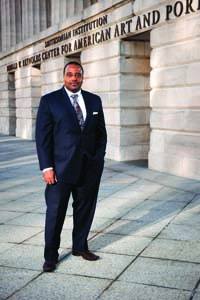 Few things rile investors as much as the topic of gold. Fans of this precious metal say it’s the equivalent of portfolio insurance, an asset protection during economic downturns and inflationary times. As of Christmas Day 2011, gold had increased a remarkable 80% just over the last three years. But detractors say gold’s run is just the latest financial bubble poised to burst.

Dameon Proctor isn’t one of them. Proctor hopped on the bullion express two years ago. The 35-year-old information technology consultant in Washington, D.C., who just completed his M.B.A. in finance at Johns Hopkins University, says he was persuaded to buy gold after he examined its historical value. “I talked with two friends about gold, and it seemed to make sense in the aftermath of 2008.â€ Proctor moved 25% of his IRA portfolio into shares of the SPDR Gold Trust ETF (GLD), which stockpiles bullion.

Proctor is quick to point out that he is a very moderate investor, rarely touching his 401(k) account allocations. But when it comes to his IRA and ShareBuilder accounts, valued at $8,000 and $5,000, respectively, he has a higher risk tolerance and is a more active trader. He uses analytical tools and resources such as Investors.com to screen his stock picks. Until very recently he regularly added to his gold position with monthly $100 purchases using ShareBuilder, an online stock trading account. He is currently researching and mining his next prospect. To date, he has $4,000 in total invested in gold.

Indeed, in the last few years, gold bugs have had the upper hand. Gold reached a high of $1,921 per ounce in September; moreover, it’s been increasing in value for more than 10 years.

Demand for gold increases when investors are worried, especially that the dollar and other major currencies may fall in value. So, it comes as no surprise that a series of shocks–the 2008 crash and concerns about massive budget deficits and the possibility of inflation in the U.S. and other large Western economies–have contributed to gold’s recent run.

But that’s not to say that the gold ride has glided along smoothly in one direction alone. In September 2011, the price of gold tumbled 11%.

Certified financial planner and chartered financial consultant Ivory Johnson remains bullish on gold when it comes to his clients. “The U.S. budget deficit, the euro crisis–there are several reasons why investors have to plan for the possibility of additional volatility going forward,â€ says Johnson, director of financial planning at Annapolis, Maryland-based Scarborough Capital Management, a wealth management firm managing more than $1 billion in assets. “If that comes to pass, you want some assurance in the form of hard assets that won’t lose value like paper currency.â€

Johnson, who is one of the friends Proctor consulted, believes that gold should be part of a well-diversified portfolio of investments–stocks, REITs, and mutual funds–spread across various sectors. He currently recommends that his clients place roughly 20% of their portfolios in gold because of the debt crisis in Europe and the possible political impasse regarding the U.S. government’s debt. He says that investors with a higher risk tolerance should keep an eye on gold and other precious metals.

Naysayers see it differently. “Because it’s close to impossible to put a value on gold, it’s difficult to say what role gold should play in a portfolio,â€ says Christine Benz, director of personal finance for Morningstar, the Chicago-based mutual funds research firm. “I don’t think gold is a ‘must-own’ for most portfolios. To the extent that investors own gold, I’d probably rather see them do it within the context of a broader commodities investment.â€