How To Prepare For Eldercare 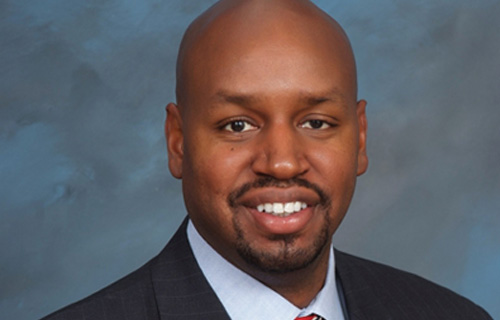 Alzheimer’s and dementia, among other illnesses of old age, are afflictions many think won’t happen to them or those they love, but 42-year-old Jefrey Jones knows otherwise. His 80-year-old widowed, childless aunt, Joan Willis, suffers with dementia. As the primary steward for her estate, Jones also knows how paying for eldercare can drain resources, both financially and emotionally.

Adding to the difficulty is the 2,000-mile distance between Jones and his aunt. She lives in Los Angeles and he, in Atlanta. “It’s a challenge to take care of two households simultaneously,â€ he says, in spite of weekly conference calls with his aunt’s case manager and quarterly visits to L.A.

Fortunately, before Willis became ill, she made provisions through attorneys and accountants, including a living trust. Jones asserts that trusts are not just for the wealthy; his aunt is far from that. What has helped him most was his aunt’s sound money management, which relieved some of the financial strain that came with having to enlist the services of caregivers.

Jones has arranged for his aunt to receive in-home care services eight hours a day–which costs between $1,000 and $1,500 a week. “Nobody wants to get ill as they get older,â€ says Jones. “But you have to plan for that possibility.â€

Creating an eldercare plan before illness strikes is ideal, says Senior Financial Planner Vicki Brackens of Brackens Financial Solutions Network (www.vbrackensfp.com), an office of MetLife Syracuse in Syracuse, New York. While those in their 40s might think they’re too young to prepare for eldercare, Brackens says that’s actually the perfect time to consider long-term care insurance, which can often be obtained through your employer or separately from an insurance company. Many people may need money for assisted living or adult daycare well before needing skilled nursing, she adds.

The continuum of supervision starts with in-home care, in which workers assist patients with services such as cooking and cleaning, and provide companionship. According to a recent report by the MetLife Mature Market Institute, the average annual rate of home care ranges from $19,760 to $21,840. The same report shows that the average daily rate of adult daycare services is about $70, which adds up to $18,200 a year. The annual cost of assisted living communities is nearly double that of home care, totaling, on average, $41,724 annually. Nursing homes are the most expensive long-term care options. Average rates for a semi-private room come to $78,110 annually; for a private room, the cost jumps to $87,235.

“We have to realize and accept that we will get older, and as we get older, especially between the ages of 70 and 75, the need for care increases 50% to 60%,â€ says Brackens. This point may be most salient for black women, who have a life expectancy of 77 years. But with heart disease, cancer, stroke, and diabetes plaguing black women, they may be living longer than men but are more likely to be in poor health. Over the course of a lifetime, women spend nearly $100,000 more than men on healthcare costs: $361,192 compared with $268,679.

How to Keep a Good Financial Start Going

FacebookTwitterYoutube
← How to Keep a Good Financial Start Going ← Inside Tavis Smiley Inc.
×
'