Demonstrators Gather In Maryland And DC In Response To SARS Protest 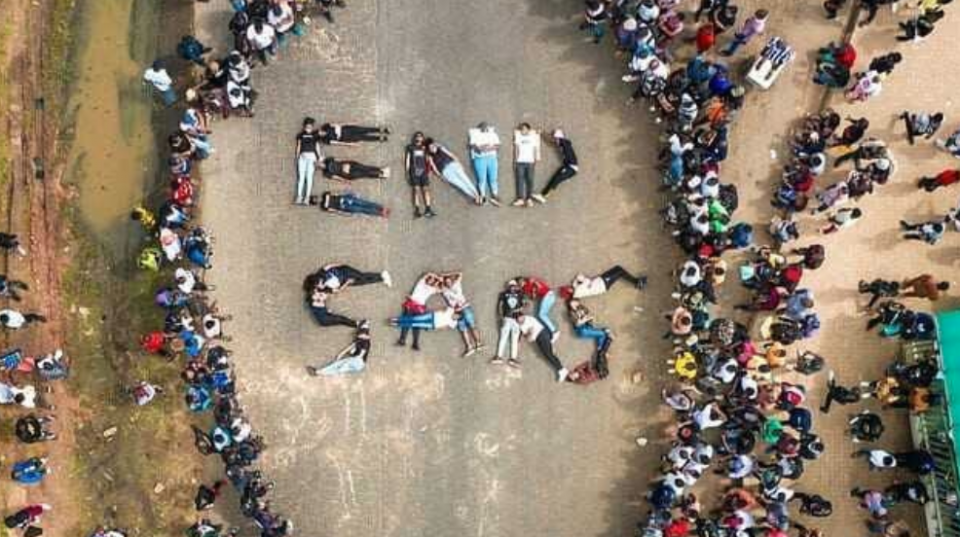 Previously, BLACK ENTERPRISE reported on the protests currently taking place in Nigeria to disband the Special Anti-Robbery Squad (SARS) after numerous accounts of robbery, extortion, kidnapping, and murder. For the last week, young Nigerians have been chronicling the protests that began earlier in October with the hashtag #EndSARS.

Initially, the government put out a release stating that they would end the unit only to follow up and say that they will be creating a new unit to take its place without taking criticisms from the protesters into account. On Tuesday, soldiers from the unit opened fire at demonstrators.

The BBC confirmed from hospital records and witnesses on the scene that the military officials on the ground opened fire “on thousands of people who were peacefully calling for good governance and an end to police brutality” at Lekki Toll Gate.

Amnesty International Nigeria has also confirmed on Twitter that they received confirmation that there were attempts by government officials to hide evidence of the shooting at the Lekki Toll Gate.

As a result of the viral social media outrage, many have come out internationally in support of the protesters in Nigeria. Users on Twitter began to share videos of protests happening in Maryland and Washington D.C. at the Nigerian embassy and ambassador’s house demanding that more be done in response to help demonstrators on the ground.

At the Protest in front of Nigerian Embassy in Washington DC today, the names of victims was read out. #Endsars pic.twitter.com/dqBP9R8aVM

Outside of the U.S., demonstrators also came out in solidarity in the U.K. with protestors in London calling for an end to the violence.

We will not be silenced. No matter where you are, use your voice. LONDON #EndSARs pic.twitter.com/fUzuAUb1VL