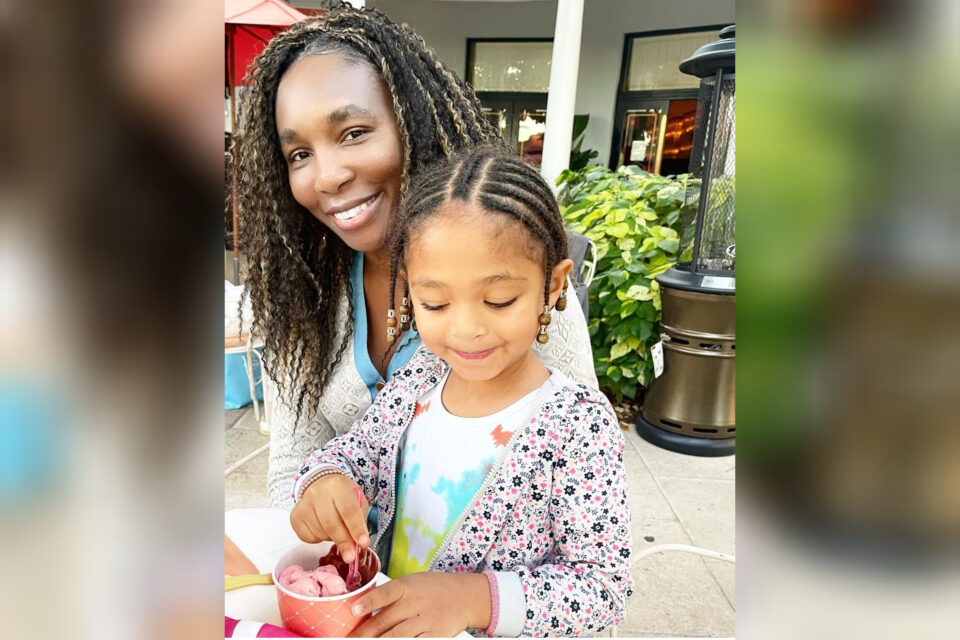 It’s no secret that, at least for now, Olympia Ohanian has followed her mom and aunt’s footsteps onto the tennis court.

But according to Venus Williams, Olympia’s form on the court is giving grandma vibes too. Upon seeing a video of her niece effortlessly executing a backhand shot during a practice session, the elder Williams commented, “It’s Oracene all over again!”

Will Smith‘s critically acclaimed King Williams offered better insight into the ways in which Richard Williams fought to create a space for his daughters in tennis. But it also showcased how big of a role his wife, Oracene Price, played in Venus and Serena‘s development as players.

“Oracene was a co-conspirator in this crazy dream that they had,” Aujanue Ellis told RobertEbert.com in an interview about playing Price in the film. “And she was their coach just as much as he was. Physically, she was more their coach than he was. He was more of a guide, I would say. But she trained herself so she could teach those girls. They would all be on the tennis court at the same time.”

Back in August of 2020, Serena shared the details of Olympia’s first tennis class via her Instagram Stories.

“Guys, I signed Olympia up for tennis lessons,” she revealed. “Don’t even start with me, because I’m not giving her tennis lessons; I signed her up for some. But the lady has no idea that it’s my daughter, so we’ll see how long that lasts.”

Serena Williams getting her daughter ready for her first tennis lesson is the best thing you’ll watch all week pic.twitter.com/q4yVNeyXYf

She’s since share multiple shots of her daughter either on the court or emulating Mommy’s on-court style.