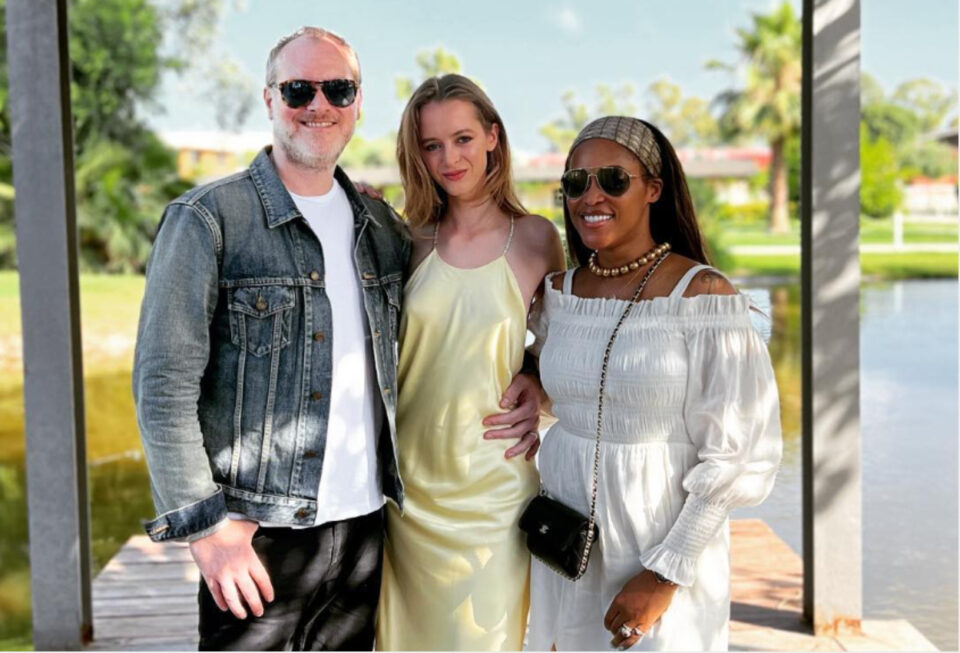 Eve is a proud bonus mama!

The “Who’s That Girl” rapper recently gave her stepdaughter, Jagger, 18, a proud shoutout on Instagram for graduating high school. The adorable message was accompanied by a photo featuring her husband and British entrepreneur, Maximillion Cooper, and the new grad of the British School of Barcelona.

“You did it!!!! CONGRATULATIONS @jagggerparis on graduating!!!! So excited for your #fashion #future 😉💛🙌🏾❤️,” Eve captioned the photograph.

Jagger returned the love, writing “Love you so much” in the post’s comment section.

Eve and Cooper, who welcomed their first baby together, son Wilde Wolf, in February, are embracing the fruits of parenthood, respectively. Jagger’s accomplishment brings a new level of energy.

Cooper also took to his Instagram to congratulate his daughter on her new milestone. He even hinted at her next journey in Milan, possibly to pursue fashion.

“Congratulations @jagggerparis on your graduation from @britishschoolbarcelona We’re very proud of you! Next stop… Milano! ♥️🎓,” Cooper wrote alongside a series of photos of himself, daughter, and baby brother, Wilde.

Eve is no stranger to bonus parenthood. When she married Cooper in 2014, the rapper-actress welcomed four stepchildren, Lotus, Cash, Mini, and Jagger, from Maximillion’s previous marriage.

In a June 18 update, Eve shared an adorable photo holding her four-month-old and soaking up the sun in matching colored shades. The posed mommy-son duo also stunned in leopard print.

She wrote, “ready for the #sun #Wildethang.”

Many fans commented on how well motherhood suited her, but the journey to achieve this dream was difficult. BLACK ENTERPRISE previously reported on Eve’s candidness about not being able to have a child.

“As a woman, you just think things happen naturally, and I felt like I was damaged,” she said on an episode of The Talk.

Baby Wilde is definitely a blessing for this new mom!