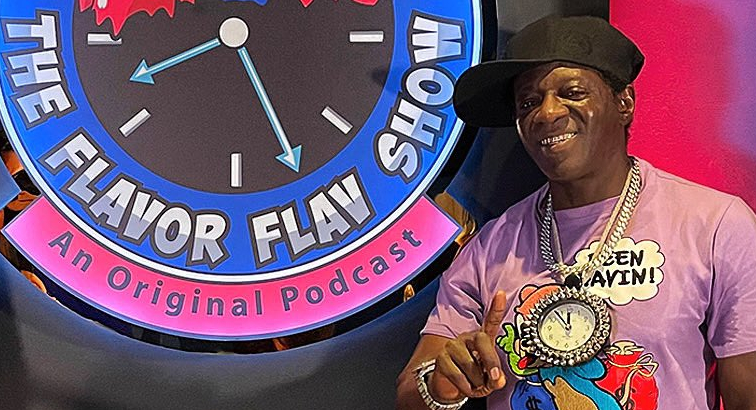 Flavor Flav from the legendary hip-hop group Public Enemy was arrested on charges of domestic violence earlier this month.

According to TMZ, police officers in Henderson, NV,  took the popular reality TV personality into custody after they were asked to answer a domestic disturbance call involving the rapper. He was then arrested and booked on a misdemeanor charge of domestic battery on Oct. 5.

According to the criminal complaint that was filed, Flavor Flav was accused of poking his finger on the victim’s nose. Then he grabbed her, threw her down, and took a phone out of her hand. The City Attorney said that Flavor Flav has been officially charged with misdemeanor battery constituting domestic violence.

Flavor Flav’s attorney, David Chesnoff, remarked to TMZ, “in alleged domestic violence cases, there are often two sides to the story and we will explain our side in the courtroom and not in the media.”

According to USA Today, Flavor Flav was released from jail on Oct. 5 on a $3,000 bond with his next court appearance taking place on Oct. 25. The victim was identified in court and police documents as someone who is dating Flavor Flav and they have a minor child in common. The police report states that their son spoke to police officers and told them that he had to step in to stop the fight when his parents parted and his mother jumped toward Flavor Flav. Police officers also reported that there was a small cut on the side of the woman’s face that was “consistent with an altercation taking place.”

In a statement that was presented to Page Six, Flavor Flav wrote, “I appreciate everyone’s support as I continue one day at a time in my sobriety. I am engaged with a support group and staying strong and healthy so I can continue to focus on my recovery.”

1 year up,,, lotz more to go,,, next year I pray my whole family will be walkin the same path I am,,,#sobriety #alcoholfree #1yearsober #dontbelievethehype pic.twitter.com/WlDY3wDmLZ