Leading the Push for Media Diversity 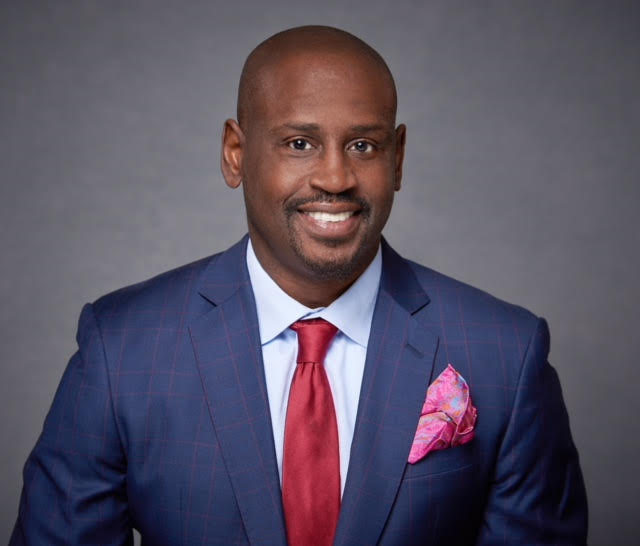 David Morgan is the managing partner of D. Morgan & Partners, a company in service to those in government as well as the private sector that specializes in developing and implementing advocacy and communication strategies relating to taxes, public-private-partnerships, financial regulations, and media. Much of Morgan’s work and that of the Multicultural Media Correspondents Association (MMCA), an organization of which he is president, focuses on media diversity.
Previously, Morgan was a lobbyist on corporate tax policy at American Express Co. for almost 10 years.
The Multicultural Media Correspondents Association has issued a call to action to shift the needle on media diversity. Morgan shares his insights with Black Enterprise contributor Tia Walker on how to further diversity in media.

What has your greatest achievement been to date in regards to D. Morgan & Partners and what’s on the horizon for the company?

The idea behind UBI is that the Congressional Black Caucus, Congressional Hispanic Caucus, and conservative Republicans collectively represent the 100 poorest congressional districts and have common constituent economic interests. And, those common economic interests create opportunities to build unorthodox coalitions. Our business model is to help clients find and forge areas of agreement between these members that constitute the base of both the Democratic and Republication parties.

One particular example of note is UBI’s work over the last two years to get a group of CBC, CHC, and conservative Republican members on bipartisan legislation that would raise the funding to pay for infrastructure projects in the 100 poorest districts. These members are seldom targeted by the business community, but provide a clear path for building a winning coalition.

In what way does your current profession complement or enhance your role as MMCA president?

My work as a government affairs executive at the intersection of business and the political system allowed me to step in and leverage my extensive network and knowledge of Washington to engage all the key stakeholders. It also put me in a position to effectively work with these stakeholders to get support from Capitol Hill and the Administration to develop consensus-based policy solutions and best practices to remove barriers to media diversity. Once MMCA achieves key milestones and the right candidate is identified to steer the organization into the future, I will move into an advisory role.

Demand for multicultural news and entertainment is soaring, and multicultural media stakeholders have clearly demonstrated the ability to create, control, and distribute profitable and culturally sensitive content. In addition, people of color represent over 40% of the population and growing. However, this strong demand, demonstrated ability, and increasing size and buying power of people of color has not resulted in increased media diversity. Instead, the convergence of rapid consolidation, technology transformation, and rushed policy changes continues to threaten the survival of multicultural media stakeholders and is creating insurmountable barriers for new entrants.The threats to our society from the continued economic exclusion and negative cultural narrative of people of color in the media mandate that media diversity be viewed and treated as a moral and economic imperative.

MMCA’s goal is to ignite and sustain a call to action that results in a significant increase in the percentage of people of color that own and control media content, and an increase in diverse representation in news and entertainment behind and in front of the camera to levels that reflect our percentage of the population. MMCA’s specific role is to create a common ground environment that fosters engagement and thought leadership between policy makers and media industry stakeholders. We will then collaborate to develop viable recommendations for policy prescriptions and industry best practices that will move the needle on media diversity.

Lastly, what’s next for the MMCA?

[The] MMCA is excited to host its 3rd Annual Multicultural Media Correspondents Dinner on May 24 in Washington, D.C. The event will again honor a host of multicultural media luminaries, including Cathy Hughes and Soledad O’Brien, and highlight the need for greater media diversity. During the dinner we will join a host of multicultural journalists and media advocacy organizations in asking Congress to pass a resolution reaffirming their commitment to media diversity and designating May as Media Diversity Month. Post-event, MMCA will launch its solution series with a panel discussion titled “Combating Barriers to Media Diversity: Assessing the Impact of Data Analytics in Selecting Diverse Programmers and Programming.” MMCA will also begin planning the launch of our 2019 Media Diversity Month campaign.