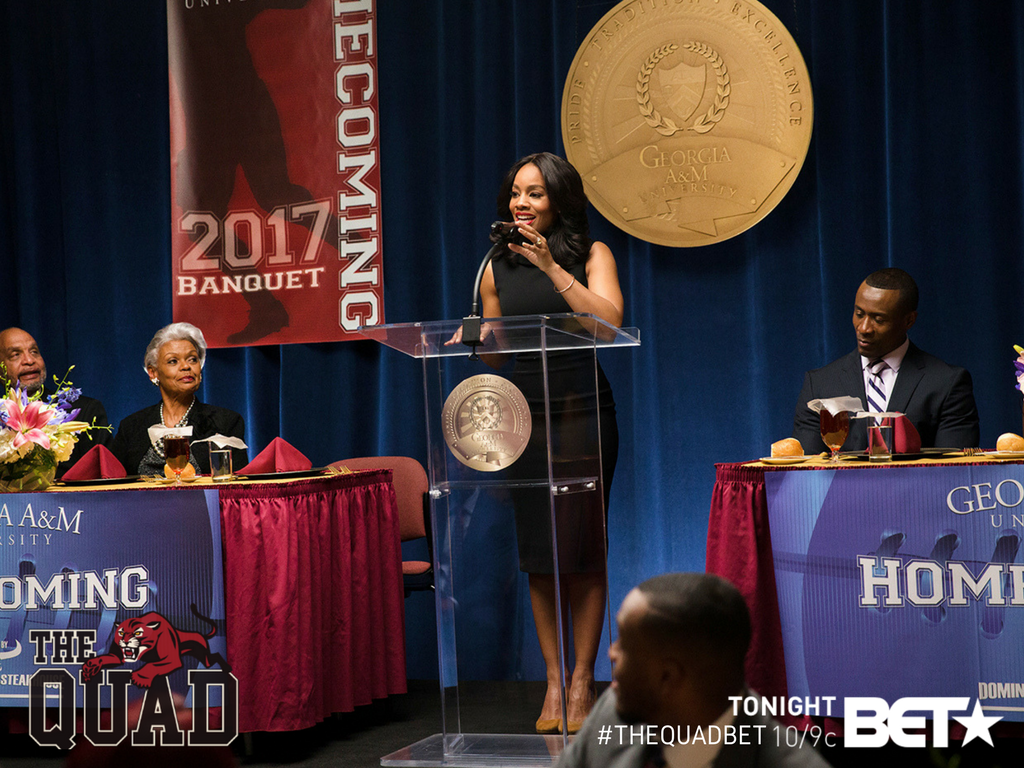 The producers of the BET drama The Quad have selected eight students from historically black colleges to participate in a paid internship that provides training in multiple departments while the show’s second season is in production.

For its first year, The Quad Internship Program has selected students from the Atlanta University Center and Florida A&M University. The Quad is filmed on HBCU campuses in Atlanta.

The internship presents an extraordinary opportunity for HBCU students interested in TV production. Fittingly, since The Quad portrays the inner workings of a fictitious HBCU, the internship allows the show’s producers to invest in real students attending these schools.

According to WaterWalk Productions, which released the announcement, The Quad received more than 250 applications for the eight openings.

The selected students hail mostly from the Atlanta area:

“We consider it an honor to help prepare the next generation of content creators by providing them with a window into the production process,” Felicia D. Henderson, co-creator and executive producer of The Quad and a faculty member in the Radio-Television-Film Department at the University of Texas at Austin. “So we’re giving students with a passion for television production a chance to train with seasoned professionals.”

The internship begins this month on location in Atlanta. Two internship cycles will provide “exposure to writing, producing, cinematography, production design, location management, costume design, hair and make-up applications, and the grip and electric departments,” according to a statement.

“We’re starting with colleges and universities in the Atlanta University Center because The Quad is shot on their campuses,” Henderson explains in a statement. “It’s only fair that the students here get first opportunity. They have been gracious and understanding as we inconvenience their lives in our efforts to add authenticity to our show. However, we plan to expand the internship program every season the show is renewed.”

FAMU is the alma mater of Hardy and series star Anika Noni Rose, who portrays Dr. Eva Fletcher on the show; that’s why FAMU is included in the internship’s inaugural year.

The Quad, though popular, has not aired without controversy. Earlier this year Hampton President William Harvey said this to me about the TV program: “I know that sex, alcohol, and drugs do go on, but in all my years as president I’ve never heard of a president having sex with a student,” alluding to a prominent story line in the series.

He went on to say that the show is “terribly disrespectful to women,” and lamented its lack of balance.