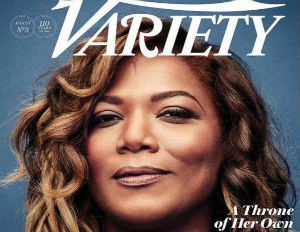 Queen Latifah hits the cover of Variety magazine and solidifies her ‘woman of power’ placement in the entertainment industry.

The queen sat down with the mag to talk her recent HBO movie Bessie, her past, and what she plans to conquer next.

What hasn’t she done already? Signed at the young age of 17, Latifah became one of the most conscious emcee’s of her time. She then went on to become an accomplished actress, producer,Â and overall businesswoman.

Today, the 47-year-old rapper turned media mogul sits atop a $100 million empire, Flavor Unit Entertainment (named for the group of emcees she belonged to at the start of her career).

“I felt like if I couldn’t say I was the best rapper – male or female – I wouldn’t put all my eggs in one basket,â€ she told Variety. “So it was always about trying to expand from the beginning, be it musically, business-wise, or other opportunities.â€