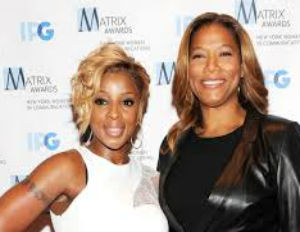 People thought NBC was taking on an unrealistic challenge when they announced the remake of the 1978 cult classic The Wiz, but as the company reveals its stellar cast, fans may just have a change of heart.

Tuesday, NBC announced Dana ‘Queen Latifah‘Â OwensÂ and Mary J. Blige have signed on to The Wiz. Blige will play Evillene, the Wicked Witch of the West, and Latifah will assume the role of the Wiz.

Owens’s musical past includes starring in 2002’s Chicago, for which she was nominated in the Best Supporting Actress category at the Academy Awards, and 2007’s Hairspray. Blige has nine Grammy awards under her belt, and featured in the movie musical Rock of Ages.

Starring alongside them will be original Broadway cast member and songstress Stephanie Mills, who was brought on board to play the role of Auntie Em–and if that’s not epic enough, E News reports that BeyoncÃ© has been offered the role of Glinda the Good Witch, played in 1978 by legendary and Grammy-winning Lena Horne.

BeyoncÃ©, who was previously featured in the film adaptation of Dreamgirls, and the musically inspired movie Cadillac Records, has yet to commit to the role but even if she says no, NBC’s got another star in mind.

Also on their wish list is OITNB talent Uzo Aduba, and rightfully so. The actress has received tons of recognition from her quirky role on the popular HBO series.

The Wiz is an adaptation of L. Frank Baum’s The Wonderful Wizard of Oz with music and lyrics by Charlie Smalls and a book from William F. Brown. The Broadway show opened in 1975 and won seven Tonys. The musical tells the story of The Wizard of Oz, but with an “African American/multicultural twist,” NBC said in a release.