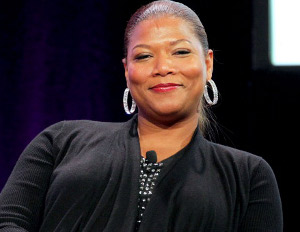 In the first-look deal, Netflix members will have exclusive first access to movies produced by Flavor Unit Entertainment, the production company owned by Queen Latifah and Shakim Compere.

In 2011, Flavor Unit Entertainment’s original film, Single Ladies, was expanded into VH1’s first hour-long scripted series with approximately 3 million viewers throughout its two season run.Â The production company also made a multi-year deal with BET to create new original programming, including the original movie, The Cookout 2, and its first-ever scripted romantic comedy titled, Let’s Stay Together, which premiered with 4.4 million viewers.

“Shakim and I are thrilled to do business with Netflix.Â  Netflix is such a strong brand and the perfect place to showcase our projects,” said Queen Latifah. “We are delighted to work with Queen Latifah to be the exclusive destination for what are sure to be relevant, entertaining movies,” said Ted Sarandos , Chief Content Officer of Netflix. “Queen Latifah has a long track record of creating hits and Flavor Unit Entertainment is a fresh and exciting voice in the industry.”