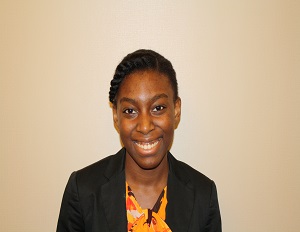 Queens native Shanelle Davis is one scholar whose academic achievements have inked her name into the black history books.

As a graduating senior at Benjamin Cardozo High School in Bayside, New York, Davis is graduating with the highest honor and making history as the school’s first African American valedictorian.

Davis is not only making first-time history at her school, but she will also be the first in her family to attend a four-year college. The Queens student, who is a Milken Scholar, has accepted a full ride to attend Harvard University in the fall.

Although Davis is the first black student to make valedictorian status at her school, she makes it clear that she certainly doesn’t want to be the last and expresses how she hopes her accomplishment serves as inspiration for the next black student.

“School is like, it’s very diverse, but it’s predominantly Asian. So most African Americans in the school think that’s OK so since there’s been like always an Asian or a white valedictorian that they can’t do it. But then I can be an example for them to show that they can also do it. So maybe next year they’ll have anotherÂ African American one,â€ says Davis.