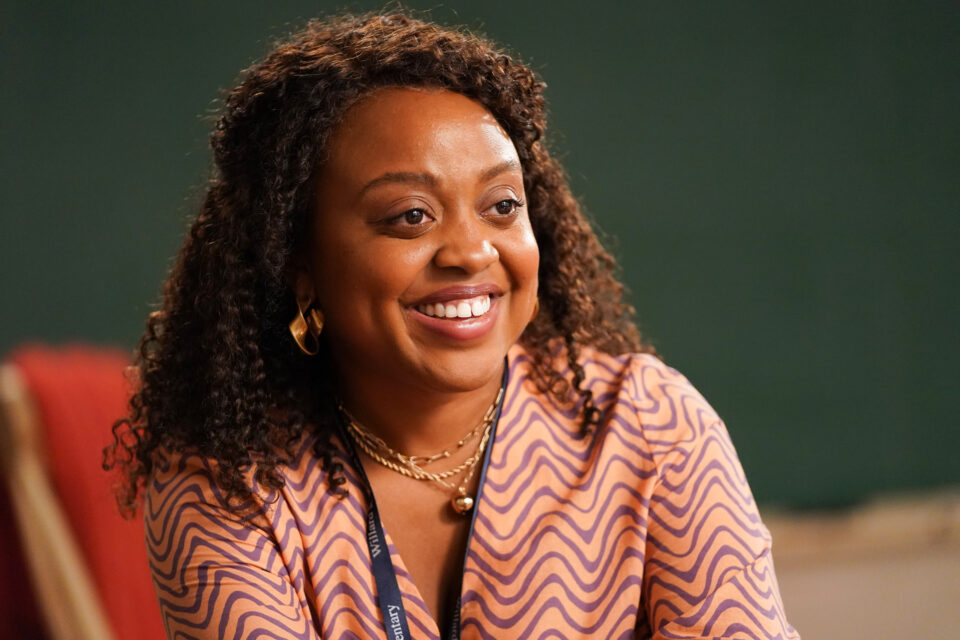 Quinta Brunson, who has been receiving deserving flowers for her creation that is Abbott Elementary, is now speechless.

The writer, creator, and star of ABC’s breakout sitcom just made Emmy history as the first Black woman to earn three Emmy nominations in the comedy category in the same year, Variety reported. She is nominated for outstanding comedy series, lead actress in a comedy for her role as Janine Teagues and writing for a comedy series (for the pilot episode).

Per Variety, Brunson is also the youngest Black woman ever nominated in the comedy acting category at 32 years old.

“What an honor to be nominated by the Television Academy. Creating this show has been the greatest gift and to have it recognized in this way is the dream. It’s a joy we get to share with the amazing people who watched our first season,” Brunson said, according to Good Morning America.

“None of this would be possible without my incredible, supportive EP’s Justin Halpern, Randall Einhorn & Patrick Schumacker, our incredible writers room, our insanely talented cast, and the hard-working teams at ABC and WBTV for helping to bring Abbott Elementary to life. Lastly, and most importantly, I want to thank teachers. Thanks for being our inspiration.”

In the Emmys’ previous 74-year history, both lead actress in a comedy and writing for a comedy series have only had one Black woman winner. Isabel Sanford won in 1981 for her role as Louise in CBS’ The Jeffersons and Lena Waithe is the only Black woman to win in the comedy writing category as a co-writer for Master Of None with Aziz Ansari, according to AV Club.

In total, the mockumentary-style comedy earned seven nominations, including Brunson’s three. The proud show runner took to Instagram to celebrate her co stars, Janelle James, Sheryl Lee Ralph, and Tyler James Williams, who all snagged their own supporting actor nominations.

She wrote, “I’m still a bit speechless. Congrats to the entire Abbott Elementary cast and crew.”

Additionally, Abbott Elementary was also recognized for outstanding casting for a comedy series.

“Quinta had a singular vision for this show: to tell authentic stories of everyday heroes for a network television audience. And today she made history as the first Black woman to receive three Emmy nominations for a comedy series in a single year! We couldn’t be more excited for her accomplishments and for the entire Abbott team.”