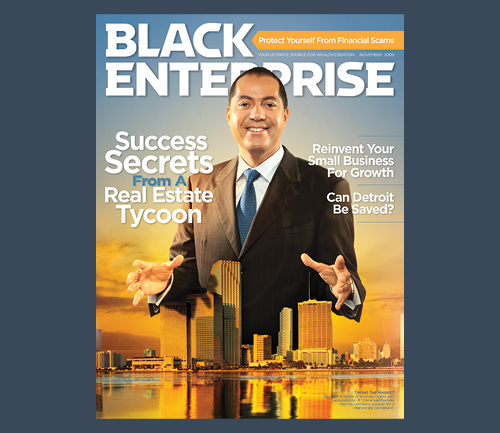 Peebles has been a game changer in the real estate industry for close to four decades. Building one of the largest Black-owned real estate firms, he acquired the Royal Palm Resort in Miami Beach, Florida, in 2004—the first Black-owned and -developed resort in the nation—to add to The Peebles Corp.’s multibil-lion-dollar portfolio of properties. Two years later, he sold that property for $127.5 million. The real estate mogul is one of the country’s wealthiest African Amer-icans, with an estimated net worth of more than $700 million and a roughly $5 billion real estate portfolio. As Chairman and CEO of The Peebles Corporation, he operates one of the nation’s top privately held real estate development companies spanning New York, Los Angeles, Miami, and other key markets. He’s also developed a $500 million fund to help other diverse entrepreneurs in the real estate industry.