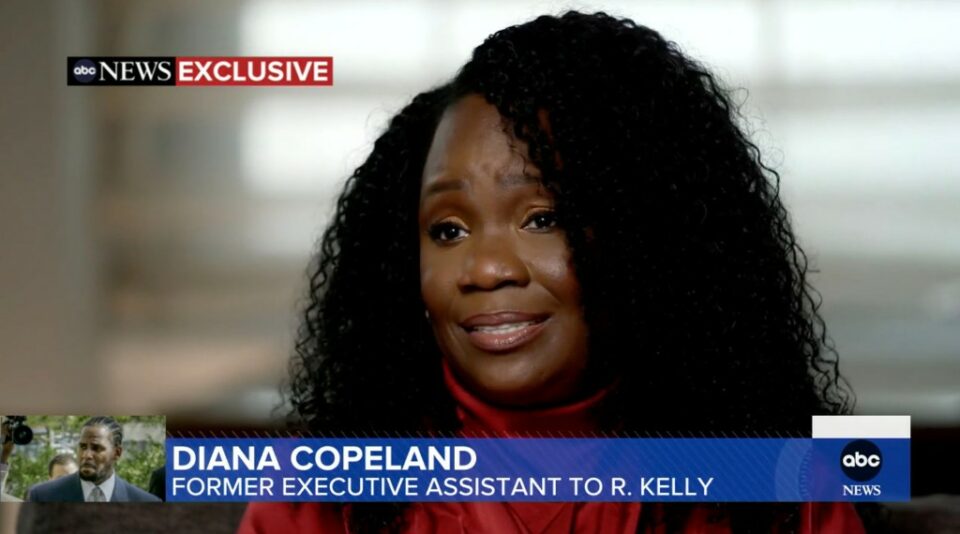 Diana Copeland worked alongside R. Kelly for 15 years as his executive assistant. Now as the disgraced singer is forced to relive accounts of his decades-long abuse allegations in a sex trafficking trial, Copeland is breaking her silence.

Copeland testified against R. Kelly earlier this week and opened up in an interview with Good Morning America on Friday. She said she never saw any of the abuse go down firsthand, she was able to recall all of his live-in girlfriends and how they weren’t allowed to move around the house.

“He would have live-in girlfriends; they had their own rooms,” she said. “In those properties there was like, a certain decorum. That was expected.”

“Nobody is able to roam,” Copeland clarified. “As far as like in their room, I don’t know that they had to ask permission to leave.”

Copeland also revealed another house rule that required everyone to knock on the wall when entering a space to announce themselves.

During her court testimony, Copeland admitted to R. Kelly’s girlfriends acting weirdly to being around other men.

“They asked me during the trial, did you notice their reaction with males. I did — they didn’t want to speak to males, in fact they would ask me to speak to the males,” Copeland said. “I don’t know if they were told. You can pretty much surmise that was pretty much the case.”

She recalled having to call multiple Ubers for the women if the driver happened to be male.

“Robert eventually realized that Uber drivers, you can’t pick their gender, so he eventually stopped asking about that,” she revealed.

Kelly is currently on trial in Brooklyn, NY for allegedly running a nationwide criminal enterprise where he allegedly paid employees to help him lure women, girls, and boys for him to sexually abuse, NY Post reports.