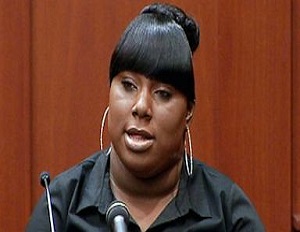 Two years after the death of Trayvon Martin, a promise that was once made to him by a close friend has now been fulfilled.

Rachel Jeantel, a key witness in the Martin trial and the last person the teen talked to before his death, donned a white cap and gown on Friday, May 30 as she walked across the stage to collect her high school diploma.

During Martin’s trial, Jeantel, who speaks Haitian Creole, Spanish and English was criticized for her speech and mannerism, but on Friday the Florida teen’s academic accomplishment politely shut down critics.

In attendance at the graduation was Martin’s mother, Sabrina Fulton, whose presence brought her son’s memory to the joyous occasion.

“Her coming is like having Trayvon there saying, ‘You did it. You proved people wrong,’â€ says the new graduate.

Jeantel, who also just received her driver’s license, plans to continue working with tutors on pre-college curriculum before enrolling in a university.