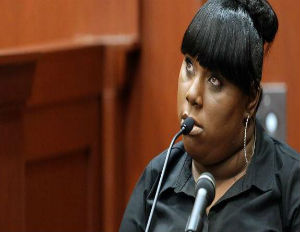 A friend who was on the phone with 17-year-old Trayvon Martin moments before he was fatally shot by George Zimmerman testified today.

19-year-old Rachel Jeantel told jurors how Martin told her he was being followed by a “creepy” man as he walked through the Retreat at Twin Lakes townhome complex on his way back from a convenience store to the home of his father’s girlfriend.

Jeantel is considered one of the prosecution’s most important witnesses because she was the last person to talk to Martin before he was killed by Zimmerman on Feb. 26, 2012.