COVID-19's Racial Disparities Loom as US Mask Mandates Are Lifted 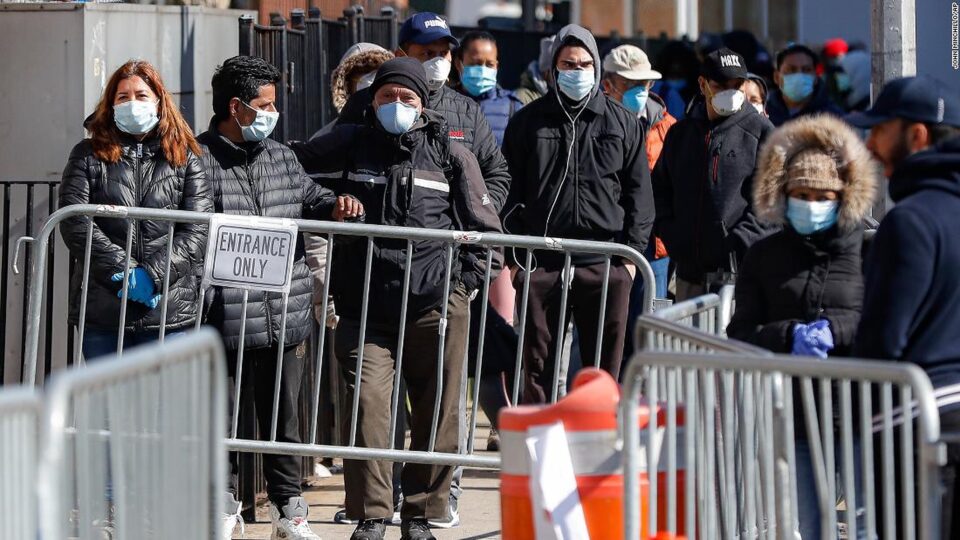 Black and Latino populations continue to move with caution regarding COVID-19 compared to their white counterparts, the Associated Press reports.

As federal, state, and local mandates serve no united correlation, it’s quite obvious minorities are more severely impacted by the pandemic, as seen by those who are still wearing masks and social distancing.

According to an April poll from the Associated Press-NORC Center for Public Affairs Research, 63% of Black Americans and 68% of Latino Americans remain worried that they or a family member could still contract the deadly virus, while 55% of whites are apathetic about the pandemic.

More than two years into COVID-19, Black and Latino Americans have seen a much larger disparity in illness and death, said Amelia Burke-Garcia, public health program area director at NORC. Because of that, communities of color have experienced higher levels of stress and anxiety at the thought of becoming exposed, and thus have taken mask mandates more seriously.

“We’ve seen these trends endure throughout the entire pandemic,” Burke-Garcia said. “What we’re seeing now as mitigation measures are being rolled back is there’s still great concern amongst Black Americans and Hispanic Americans around the risk of getting sick.”

Effective April 18, the Centers for Disease Control and Prevention lifted the mask mandate in air travel, a requirement since February 2021. Prior to the ruling, AP had found that 71% of Black Americans supported requiring face masks for airplanes, trains, and other modes of travel. Fifty-nine percent of Latinos agreed, while 20% opposed the masks; 52% of white Americans supported the mandate, while 29% were opposed.

While vaccines and medications have made treating the deadly virus easier, minorities still face systematic hurdles, such as accessible healthcare, risking their livelihoods if falling ill, and having to rely on public transportation, where one can easily be exposed.

“Masking is something that is relatively cheap, it’s effective, and it’s something that can be easily done,” said Michael Niño, a sociology professor at the University of Arkansas. “It doesn’t require any sort of governmental response. These broader histories of racism and sexism in the United States are most certainly shaping some of the patterns we’re seeing.”