Racial Jokes in the Workplace 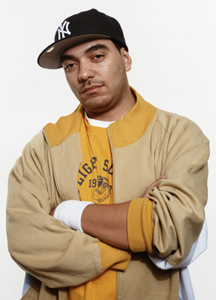 Despite having more than 15 years experience in the music biz, a New York City radio personality recently made what many would call a not-so-smart career move. DJ Cipha Sounds of NYC’s Hot 97 drew fire on Monday after making a joke about how he has remained HIV-negative because he “don’t mess with Haitian women.” The controversial remark caused a demand for his dismissal by city leaders and listeners, and ultimately led to his suspension.

Cipha Sounds, real name Luis Diaz, apologized, saying it was “a stupid, tasteless joke” that was “totally taken the wrong way,” and he took full responsibility for the snafu, adding that he was embarrassed for having said it.

He adds that it was an honest mistake and that he never intended to offend anyone.

Cultural insensitivity is nothing new. In fact, not too long ago a Caribbean woman I know said she was having a conversation with a White coworker who asked whether the majority of Caribbean people “come over here on boats.” My friend was appalled and offended (as was I when I heard about it).

Did her coworker not realize the implications of what she’d just asked, especially in a workplace environment?

Her coworker soon came back and apologized, but the damage was already done. My friend had lost respect for a colleague and began to view her as someone culturally ignorant and insensitive.

We all should be more aware of the things we say in any arena of our lives, especially in a setting such as the workplace, where an irresponsible quip could cost you a client, a business relationship, or worst–your job. And who wants to build a quality professional reputation only to have it blemished or destroyed by a slip of the tongue, whether due to ignorance, arrogance, or an “honest mistake”?

In DJ Cipha Sound’s case, his workplace included the airwaves in a city with the largest population of Haitians in the U.S. (which would be considered part of his audience, or in the business world, clients/customers.) Yes, his show features many racial jokes under the guise of entertainment; but this time he went too far, insulting a people who are still dealing with the devastation of January’s earthquake, among other national crises.

It’s not only right–but smart–to be mindful of the things we say and how it might affect others not only personally, but professionally. You can burn bridges with words, and some words are unforgettable and ultimately unforgivable.

Have you been on the other end of a co-worker or boss’ offensive or inappropriate remark at the workplace? If so, tell us about it and how you handled it.

For more on how to rebound after a verbal slip-up at the workplace, check out Making Your Words and Actions Count After Workplace Gaffes.