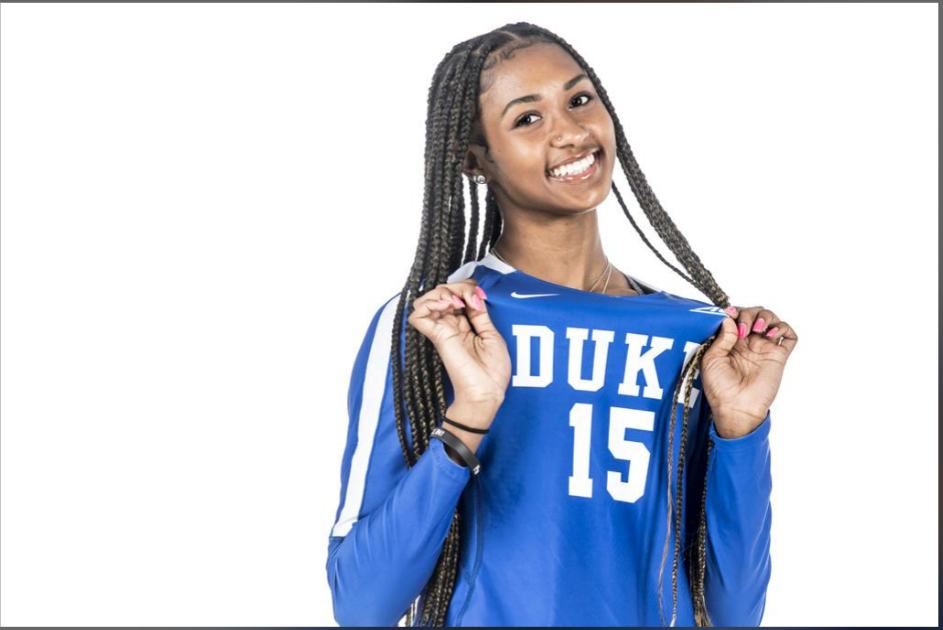 Duke University’s Rachel Richardson, the only Black starter on the volleyball team, was called a racial slur during Friday’s match with Brigham Young University. The incident prompted Duke to change locations for Saturday’s match and BYU to ban the responsible spectator from attending events at any of its athletic venues.

The News & Observer reports that the Black sophomore outside hitter described the incident in a statement. She said she and her Black teammates were “targeted and racially heckled throughout the entirety of the match” with slurs and comments that “grew into threats which caused us to feel unsafe.”

According to BYU spokesman Jon McBride, Duke players reported to BYU officials that they repeatedly heard racial slurs from the student section of the venue, but they could identify only one perpetrator. The banned spectator was discovered not to be a student.

“She was threatened by a white male that told her to watch her back going to the team bus. According to the New York Post, a police officer had to be put by their bench,” Pamplin tweeted.

Pamplin expressed her distaste for what occurred in a statement: “Many adults failed my goddaughter,” Pamplin said. “Every American should be enraged that a young lady was subjected to hateful, demeaning language.”

@LesaPamplin, you tell your Goddaughter to stand tall, be proud and continue to be BLACK!!! We are a brotherhood and sisterhood! We have her back. This is not sports. #striveforgreatness #morethanavollyballplayer 🤎🤎🤎✊🏾👑 https://t.co/kMveNLKp5h

Saturday’s game in Utah was changed to an alternate location “to afford both teams the safest atmosphere for competition,” said Duke Vice President and Director of Athletics Nina King, per the news outlet.

In a statement, BYU apologized to Duke University, emphasizing its “zero-tolerance” for racial slurs.

“We will not tolerate behavior of this kind. Specifically, the use of a racial slur at any of our athletic events is absolutely unacceptable and BYU Athletics holds a zero-tolerance approach to this behavior,” the statement said. “We wholeheartedly apologize to Duke University and especially its student-athlete competing last night for what they experienced. We want BYU athletic events to provide a safe environment for all, and there is no place for behaviors like this in our venues.”