Racism Continues to Block the Escape of Many Africans from Ukraine. Here’s Why 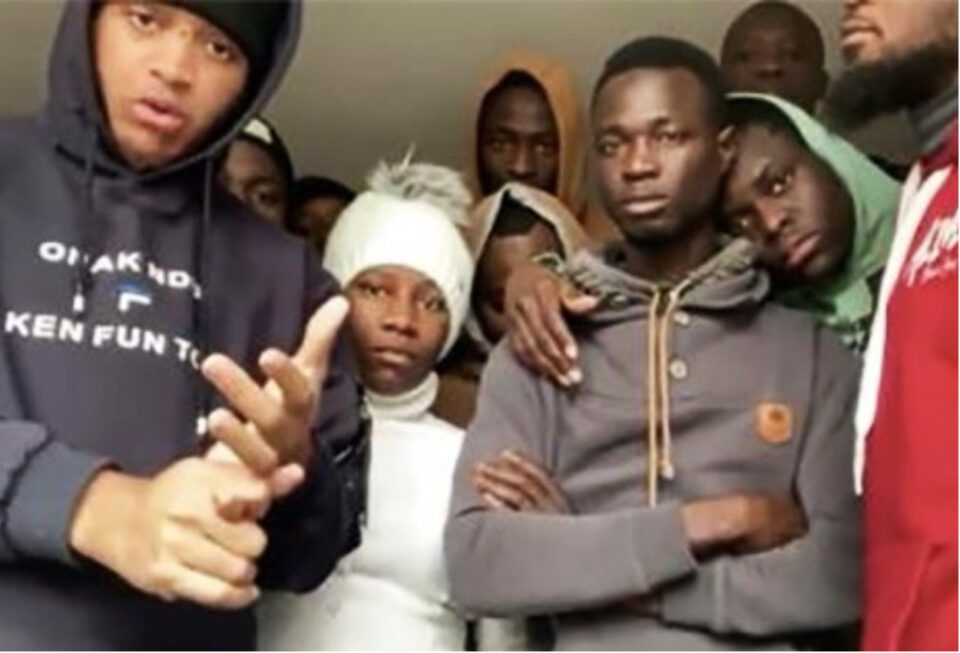 Since the invasion of Ukraine by Russian troops on February 24, 2022, word has spread that, while millions of Ukrainians and other Europeans have sought refuge in neighboring countries, Africans have faced discrimination in their efforts to leave Ukraine.

It appears that most Black students, migrant workers and professionals have met the same fate. According to the New York Times, Chineye Mbagwu, a 24-year-old doctor from Nigeria who lived in the Western Ukrainian town of Ivano — Frankivsk, reported that “The Ukrainian border guards were not letting us through… They were beating people up with sticks… They would slap them, beat them and push them to the end of the queue. It was awful.”

Emmanuel Nwulu, 30, a Nigerian student of electronics at Kharkiv National University, said that when he tried to board a train in Ukraine going west toward the border, Ukrainian officials told him, “Blacks could not board the train.”

In other cases, Polish officials have denied Black people escaping Ukraine entry into that country. Reportedly, other foreigners have not faced such discrimination in Ukraine or Poland. The African Union has stated: “Reports that Africans are singled out for unacceptable dissimilar treatment would be shockingly racist,” and violate international law.

Over the past few weeks conditions have changed. Ukrainian officials have condemned all forms of discrimination against refugees. The Global Black Coalition has assisted some Africans in leaving Ukraine. Furthermore, certain African nations have sent planes to Eastern Europe to rescue their citizens.

Yet, the question remains: Why have Ukrainians singled out people of African descent for special discrimination? The standard answers are that Europeans are xenophobic in general; that Africans were once enslaved in parts of Europe and this stigma persists, or that Africans are viewed as primitives, and therefore disrespected.

I believe that there is another reason that has not been considered by scholars and scientists. Ukrainians are not unique among white Europeans in their collective attitude toward Black people. On a global level (in Europe, Latin America, Australia, New Zealand, South Africa, Zimbabwe, Canada, the United States, etc.) white people have a deep-seated, visceral, reflexive loathing of Black people that appears to defy all logic and has persisted for centuries.

I believe that on a deep, subconscious level the white collective has inherited from its ancient and medieval ancestors an ingrained resentment of Black people that was originally caused by three thousand years of Black armies raiding, invading, conquering, dominating, colonizing, oppressing, enslaving and ironically, in some cases, civilizing various European and Western Asian populations.

Ukraine is a case in point. In antiquity, this country was called Scythia. According to the Greek historians Herodetus, Diodorius, Plutarch, Strabo, and Josephus, around 1,900 B.C., an Egyptian army, led by the Black, “world conquering pharaoh,” Senwosret, marched through Southern Russia. Historian Richard Poe, citing the scholar Martin Bernal, states that the pharaoh left in his wake a “wide band of burnt, plundered and deserted cities throughout” Scythia and what is today Anatolia, Armenia, Bulgaria, Romania and Yugoslavia. This was a time, Poe writes, when “highly civilized Africans once colonized a primitive Europe still seething with head hunters and cannibals.”

I believe that over the centuries, memories of the horrendous invasions of Senwosret (Scholars are not certain as to which of the Pharaohs, Senwosret I, II or III conducted these rampages) survived in Eastern European folklore, especially since he appears to have left a large colony of Black Africans in Colchis, now the former Soviet republic of Georgia. These memories were undoubtedly rekindled when later Black generals, including Ahmose, Thutmose I, Thutmose III, Ramesis II, Nimrod, Taharka, Batricus and Hannibal also invaded and colonized large swaths of territory in Europe and Western Asia.

The last group of Africans to conquer parts of Europe was the Moors or “Blackamoors,” who ruled Spain and held sway over much of the Mediterranean World for 781 years. The Moors civilized southern Europe and launched the continent into the Renaissance period. Nevertheless, this unwelcome Black dominance was met with resistance until the liberation of Spain in 1492.

When the tables were turned and the Portuguese and Spanish began enslaving Africans, whom they first called Moors, the longstanding European hatred and resentment of their former African masters morphed into contempt, animosity and vengeance toward Black people in general. This sentiment became institutionalized and spread throughout Western Europe, crossed the Atlantic and reached the New World during the African slave trade.

Africans first entered Europe not as slaves, but as masters, and the ramifications of their dominance survive today as a subconscious, retributive impulse that manifests itself in Ukraine and elsewhere as white racism toward people of African descent.