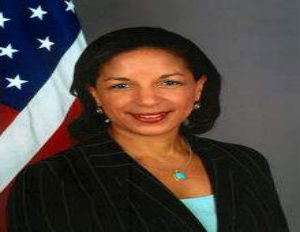 Democratic Representative from South Carolina James Clyburn recently said during a CNN interview with Soledad O’Brien that he thought that Republicans have been using racial “code wordsâ€ to attack U.S. Ambassador to the United Nations Susan Rice.

Many Democrats, like Clyburn, think Rice is being used as a scapegoat for the administration’s errors and Clyburn said words like incompetent and untrustworthy are often used to characterize African-Americans.

Clyburn said during the interview: “These are code words. We heard them during the campaign. During this recent campaign, we heard Senator Sununu calling our president ‘lazy,’ ‘incompetent,’ these kinds of terms that those of us… we’ve been hearing these little words and phrases all of our lives, and we get insulted by them.â€

It’s widely believed that President Obama will be nominating Ms. Rice for the position of Secretary of State in his administration, however, a group of prominent Republicans led by Sen. John McCain and Sen. Lindsey Graham have been very vocal about their opposition to her assuming the role of Secretary of State.