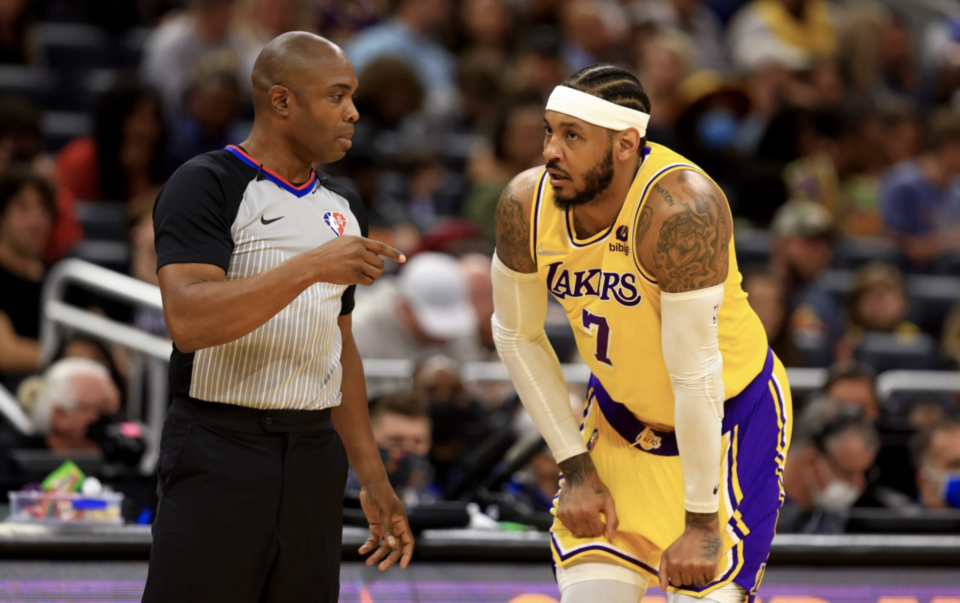 The Philadelphia 76ers ejected and banned a fan from attending any future Sixers games after the man was overheard hurling racist insults at Carmelo Anthony during a game on Thursday.

A second fan was suspended from appearing at all remaining games at the Wells Fargo Center this season, the team’s spokesperson told to NBC Sports Philadelphia. The action came after Anthony himself heard the fans, leading to a near altercation, reported sports writer Dan Woike.

Carmelo Anthony confirmed that he was called “boy” by fans in Philadelphia and that line-crossing comments came from two different groups of people.

In the press conference following the game, which the Lakers lost by 18 points, Anthony voiced his frustration with the behavior of the fans.

Bleacher Report posted the incident video on Twitter, in which Anthony is seen rushing towards the unpleasant fans; however, referees and security quickly interceded.

Melo got into it with this fan and he was removed from the game 👀 pic.twitter.com/V3vpPHBXmx

In May of last year, the NBA issued a Fan Code of Conduct, which is upheld at all relevant league events. The code notes that “guests will enjoy the basketball experience free from disruptive behavior, including foul or abusive language and obscene gestures.”

The policy also states in no uncertain terms that fans who choose not to follow the guidelines set forth by the league, “will be subject to penalty including, but not limited to, ejection without refund, revocation of their season tickets, and/or prevention from attending future games.”

According to the Philadelphia Inquirer, The Wells Fargo Center has also implemented a zero-tolerance policy on racial or identity-based slurs, abusive language and behavior, and other unfavorable interactions at the arena.