NC Racist Who Shot Up Outback Steakhouse on Trial for Murder 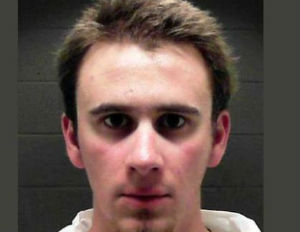 Gabriel James Gamez, 24, is standing trial in Durham, North Carolina for first degree murder in the death of Darrell Turner, an 18-year-old high school student from Pennsylvania, who was traveling with a team of all-star football players from the Pittsburgh area, the Hearld Sun reports.

An hour before Gamez allegedly shot at a group of high school football players who were in an Outback Steakhouse parking lot, Â killing one of them, Gabriel James Gamez told two employees earlier that he would shoot any black person who said anything to him or his family, according to testimony during his trial Friday.

The Outback Steakhouse employees said Gamez was making racist comments about how he couldn’t live in North Carolina becuse of “the niggers on their high horses.”

Read more at the Herald Sun.