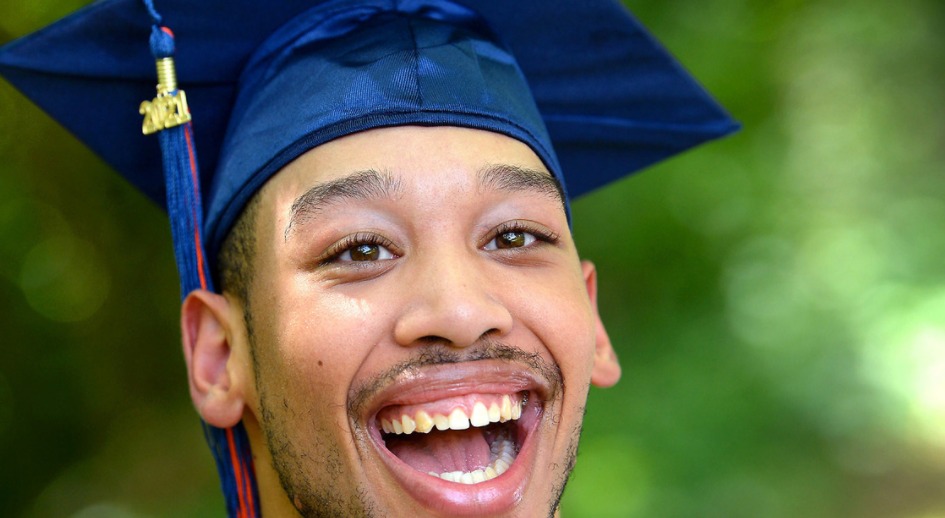 Chancellor’s achievement is particularly inspiring since he was born with cerebral palsy and permanent brain damage after his pregnant mother was shot and killed by a hitman his father hired.

WCNC reported Chancellor’s mother died a month after she was shot, but not before she underwent an emergency Caesarean section. Chancellor’s grandmother raised him.

“I just couldn’t be prouder because Chancellor Lee has really earned all the accolades and credits that he’s receiving,” Saundra Adams told  WBTV. “He really put in a lot of the hard work.”

Despite what happened to the Adams family, Saundra told the news station that she hopes that Carruth will be proud of her grandson and contact them.

Before Chancellor graduated from high school, his grandmother started looking forward to her 21-year-old miracle’s achievements. She talked about the impact raising her grandson meant on both of their lives.

“I think I’ve learned most that, you know, even though you live life going forward, you understand it better going backward,” Saundra told Live Action in an interview. “So I can truly say that what was meant for evil, God has turned it around for our good and that we learned that we’re not victims. We are victorious that we have chosen to get better instead of being bitter. And that forgiveness is the main ingredient to make that possible.”

The recent graduate who was born prematurely faced the loss of a mother and Carruth’s presence in his life. Prosecutors determined that his father hired a hitman to kill the woman who once dated him. Carruth planned the hit to avoid paying child support, according to an accomplice.

Carruth still owes the family millions of dollars in damages.