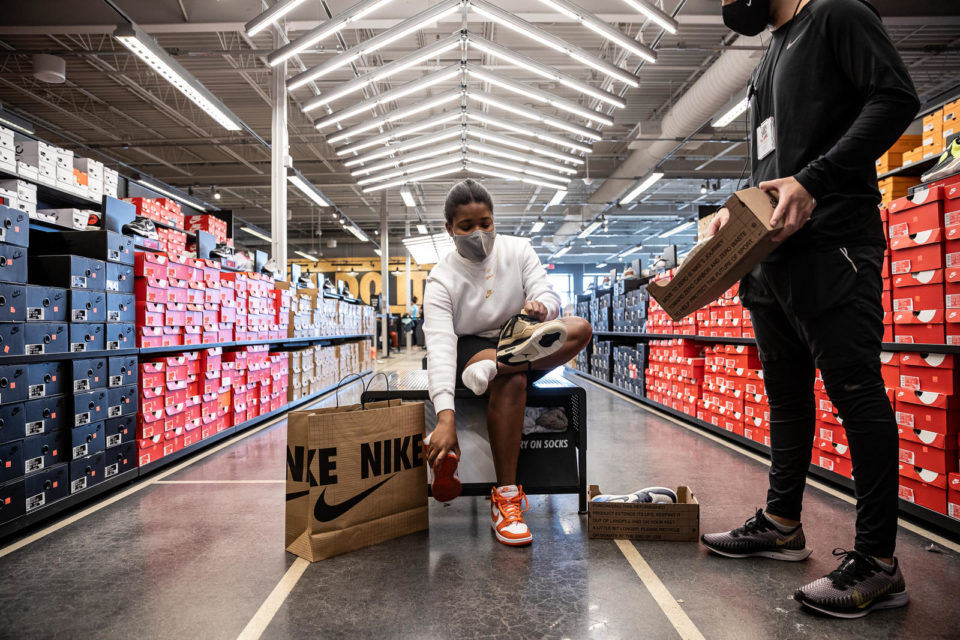 Nike is preparing the release of A Ma Maniere’s Air Jordan 3 “Raised by Women” sneakers on April 21 for a retail price of $200. The significance for A Ma Maniere owner James Whitner goes beyond the sneaker bearing his shop’s name, but it’s also the very first Air Jordans that his mother bought for him when he was growing up. The sneaker also celebrates Black women and the special place they have in our hearts.

According to Complex, Whitner stated in a press release that “It has been our priority all along to ensure women, especially Black women, have access to this very special project as it launches. Our team has worked hard to ensure we are able to change the narrative on special launches and we are here to redefine what it means to serve Her first.”

RELATED CONTENT: Nike Reveals ‘Nike Refurbished’, an Effort to Save the Environment

The footwear was originally scheduled to be released last month in March but due to circumstances beyond his control, it was pushed back to an April date set for next week on the 21st.

“The 3 was the first Jordan that my mother ever bought for me and my brothers,” Whitner tells Complex. “If we’re telling a story that’s going to be about women, for me, [that story was] super unique and it stuck into my mind. I got to give my brother the credit. He was like, ‘If you’re going to do [a 3], Mommy bought us the 3. That was the first shoe she bought us.’”

He also adds, “I always want to put that message to others, especially women, because if anyone has it worse than Black men, it’s Black women. And people don’t talk about that at all. It’s the understanding that they never say it, but it’s ingrained in them that they gotta show up better than the rest of us every day.”