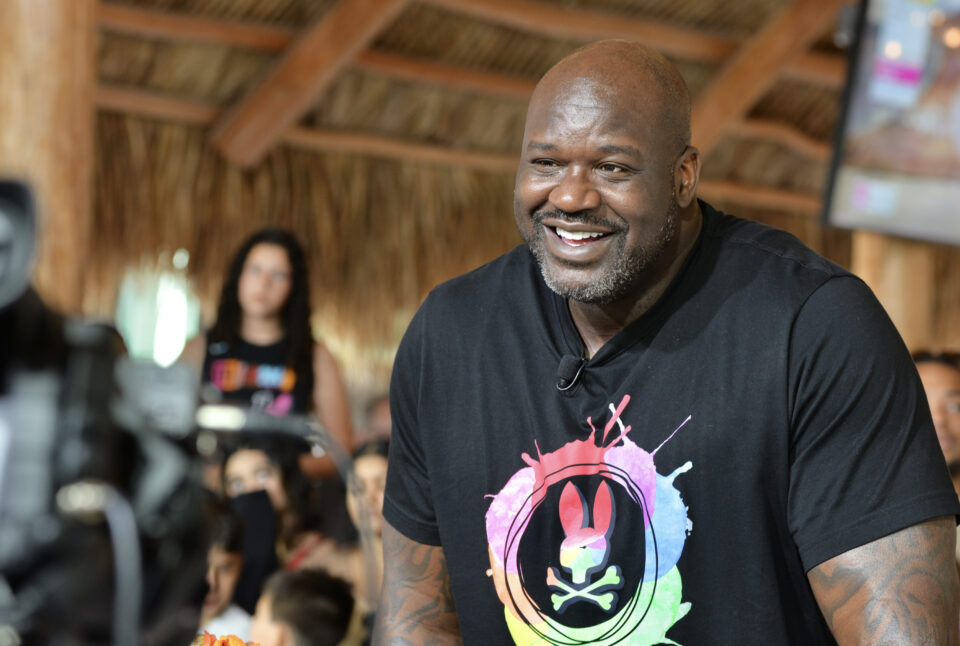 Shaquille O’Neal, LA Lakers legend and on-camera NBA sports analyst, recently purchased a home in Dallas. It didn’t take too long for him to flash his bright smile and make someone’s day.

While browsing through Best Buy, O’Neal connected with a young couple over the weekend in his new city — and managed to pay for a washing machine they were shopping for, Page Six reported. But that’s not all. The hoops hero also added in a 70-inch television. His generosity has become a hero of its own.

Superman O’Neal, also known as DJ Diesel, has graced the headlines several times for coming to the rescue with his spirit of giving. After spinning records on his “Summer of SHAQ” tour, he donated his $50,000 DJ payout from a show in Buffalo, N.Y., to the family of one of the victims of the May 14 mass shooting at a Tops Friendly Markets store, BLACK ENTERPRISE previously reported.

We also reported that O’Neal went out of his way to pay $2,500 worth of tips to the staff of Jue Lan Club restaurant in New York.

“Always give the waiters big tips because I appreciate them,” O’Neal shared on an episode of The Big Podcast with Shaq.

“I always ask them and give them the ability to tell me what they want. I ask them, ‘What do you want? Biggest tip you’ve ever had?’ Because I want them to remember me. I always want to leave the impression that I am a nice guy.”

The random acts of “Shaqness” don’t stop there.

According to a report by Sportskeeda, O’Neal also brightened a young kid’s day last month. After agreeing to sing Kelly Clarkson‘s “Since U Been Gone, ” he bought him a guitar of his choosing.

Shaq said he’d buy him the guitar if he did a duet with him ❤️ @SHAQ pic.twitter.com/oquwF2EFiI

Thanks, Shaq, for making the world a bit happier with your kindness!