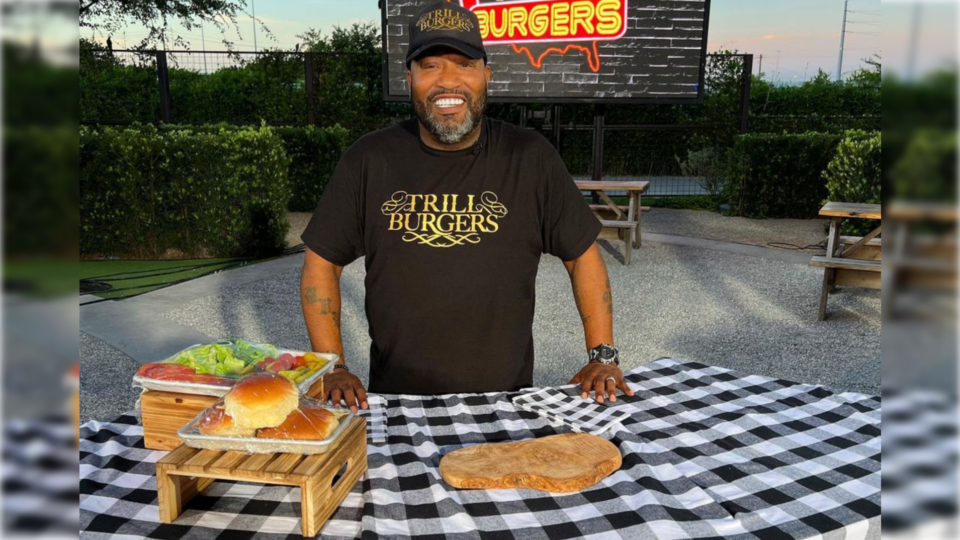 Houston’s trillest burgers have been crowned the “Best Burgers in America.”

According to AfroTech, the Houston native, one-half of the legendary rap duo UGK alongside the late Pimp C, is venturing to Las Vegas as a member of Pepsi Dig In’s first-ever culinary residence.

“Trill Burgers allows my family, my grandkids to actually be a part of helping me build this,” Bun B said to the outlet.

“It will be something—if it’s done right—that will be here for generations to come.”

“A smash burger is a very laborious process in terms of actually cooking the burger. It takes a lot of attention,” he added.

The smash burger was created by Chef Mike Pham, who mastered all the factors of creating a great culinary experience as he crafted a simply executed burger that was still full of flavor.

“The burger that we created in partnership with this Pepsi Dig In program is a lot easier to execute in the kitchen. We didn’t want to create a product that would overwhelm the kitchen and so we created a steakhouse burger,” the rapper said.

In an interview with Vibe, the rapper shared that he previously worked with Pepsi on a nationwide campaign that involved the provision of scholarships to schools and communities of color.

“I’ve been able to actually extend this relationship with Pepsi into the culinary space. Pepsi’s Dig In program specifically allows Black ownership of restaurants to be seen and tasted and tried by people that they may never have had access to. By being able to have a month-long residency in Las Vegas, which is a worldwide destination and for any food brand,” the Pushin’ emcee said.

Had the opportunity to speak with @BunBTrillOG
about @TrillBurgers' partnership with @PepsiDigIn for the brands Restaurant Royalty Residency in Las Vegas and @Pepsi & @PepsiCo's initiative to empower Black-owned businesses. Via @VibeMagazine #BeRelentlesshttps://t.co/IjZLrJjxK0