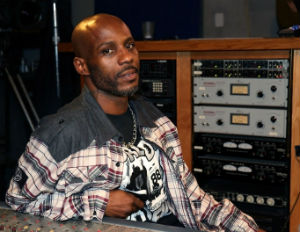 The rapper DMX was once one of hip hop’s brightest stars, but his demons led him down a path of destruction that included multiple arrests and chronic drug and alcohol abuse. On Monday, he filed for Chapter 11 bankruptcy in Manhattan bankruptcy court.

The New York native and current South Carolina resident owes $1.24 million in child support and more than $21,000 on an auto lease, among other obligations. His principal asset is a 50% stake in property in Mount Kisco, N.Y.

DMX was arrested last Friday in South Carolina for suspicion of driving under the influence and for failing to have a valid driver’s license, according to Reuters. However, a representative for DMX said the rapper was never charged with a DUI because he passed a breath test in jail and was quickly released after posting $1,235 in bail.

A rep for the artist sent a statement to the Wall Street Journal.

“DMX’s financial strains have been inhibiting his career for several years. Poor financial management by prior representation have caused him to be ineligible to retain a passport. The purpose of this bankruptcy filing is for reorganization so he can perform for his fans oversees [sic]. We are currently planning a tour in Europe and Africa for the fall of 2013.â€ Read more on this story at WSJ.