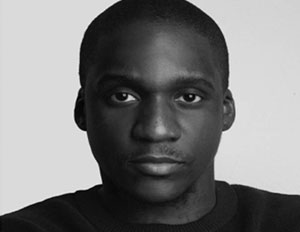 For the past decade, hip-hop fans have known Gene Elliott Thornton, Jr. strictly by his stage name Malice and one-half of rap group the Clipse with his brother Terrence “Pusha Tâ€ Thornton. That all changed earlier this year when the Virginia-based rapper added author to his resume with the release of his debut novel, Wretched, Pitiful, Poor, Blind, and Naked. Inspired by real-life events and his newfound faith in God, the independently published book has sold an estimated 10,000 copies since coming out in February. A big part of Thornton’s success has been his social media promotion through Twitter and viral videos, as well as a unique partnership with Reverb Nation that gave four up-and-coming producers the opportunity to score the audio book version of Wretched… due out in October. BlackEnterprise.com caught up with Thornton to discuss his new career path as a writer, his spiritual journey and his business plans.

BlackEnterprise.com: Can you explain how the title of the book came about?

Gene “Maliceâ€ Thornton: The title is derived from Revelations 3:17 in the Bible and it speaks about for as much as you thought you were rich and as much as you thought you got everything going on you were actually wretched, pitiful, poor, blind, and naked, which is the direct contrary to how you look to the outside world. Or, you may even be able to fool yourself into thinking you have things under control or you’re successful or you’re doing well but it couldn’t have been anymore clear. When I read that I knew instantly this is the title of the book and this best describes my situations and the state that I was in and it was perfect to the tee.

Given your musical background, most people wouldn’t picture you reading the Bible. Is reading the Scripture something you do often?

I’ve always come from a Christian background. You know, the [Clipse’s] first album was of course called Lord Willin’. It was just that at that time I wasn’t paying attention to my Christian beliefs. I was definitely into doing what I felt like doing. If you were to ask me if I believe in the Lord I would definitely tell you yes at any given time; but was I practicing the principles, and the statutes, and the decrees, and the tenants of the Bible? I wasn’t doing any of that. I wasn’t paying it any mind and it just comes a time especially when you’re faced with life and death you definitely see what matters and what didn’t matter and how much time you had been wasting.

What was that wake up call for you to get back on the right path?

I realized I was in depression–just never being satisfied, always wanting and searching and looking for the next big pie, but never being able to reach it. It’s like you can see it and just like when you’re about to achieve it it’s snatched away from you so you go at it again and you just keep going and you keep going and I’ve come to learn that the flesh doesn’t mean anyone well. The flesh is definitely out to destroy you. It never says, “Hey, that’s enough.â€ It never says, “Cool it, you’ve done enough for right now. We’ll wait for tomorrow and do something different…â€ Nah, the flesh is a train that never stops and it just keeps going and keeps going and keeps saying, “More, more, and more.â€ It’s the spirit that tells you what’s right and what’s wrong. Your conscience talks to you all the time and that definitely means you well. It just depends on which one you want to obey and which one you choose to listen to. Without a shadow of a doubt I know who saved my life. It was Jesus Christ.