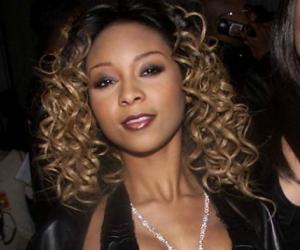 After being fatally struck by a vehicle over a week ago, Natina Reed was laid to rest over the weekend. The former Blaque member, who was the rapper of the R & B group, leaves behind a son.

It’s been reported that, Kurupt, once engaged to Natina and father to her son, Tren, paid the funeral costs. Her funeral was attended by some of her colleagues, including her group members, Snoop Dogg, Big Boi, Chilli and T-Boz from TLC.

“The family is trying to heal but they can’t initiate this process until they know what happened to their daughter,”  Christopher Chestnut, the lawyer of Reed’s mother, Tamara Goodrich, told The Grio.