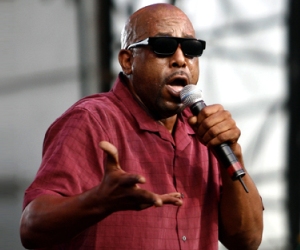 Anthony T. Smith, known to all as Tone Loc, collapsed after finishing a song Saturday night at a concert on a bridge in downtown Des Moines, according to the Des Moines Register.

According to previous reports, this isn’t the first time the ‘Wild Thing’ rapper has collapsed on stage. He collapsed and had a seizure during a Pensacola, Florida concert in 2009 and he collapsed during a Los Angeles Lakers game in 1995.

His condition wasn’t immediately known as he wasn’t listed as a patient at any Des Moines hospital.

Read the story at Us News