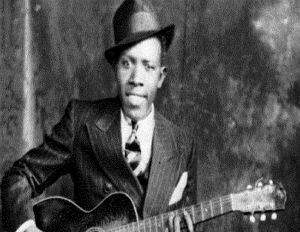 A Pittsburgh used record store owner named Jerry Weber found an old copy of bluesman Robert Johnson’s 1936 record “I Believe I’ll Dust My Broom (on Vocalion),” in a box of records he’d paid $50 for that had been sitting in someone’s attic for decades.

“It’s the most expensive record I’ve ever found,” Weber told theÂ Pittsburgh Post-Gazette, “and it’s in real nice shape.”Â He says the book value is between $6,000 and $12,000. There are about 15-30 copies of the record in that condition around the country.

According to his legend, Robert Johnson got his ability to play the blues by selling his soul to the devil at a crossroads in rural Mississippi. He died mysteriously in 1938 at age 27.