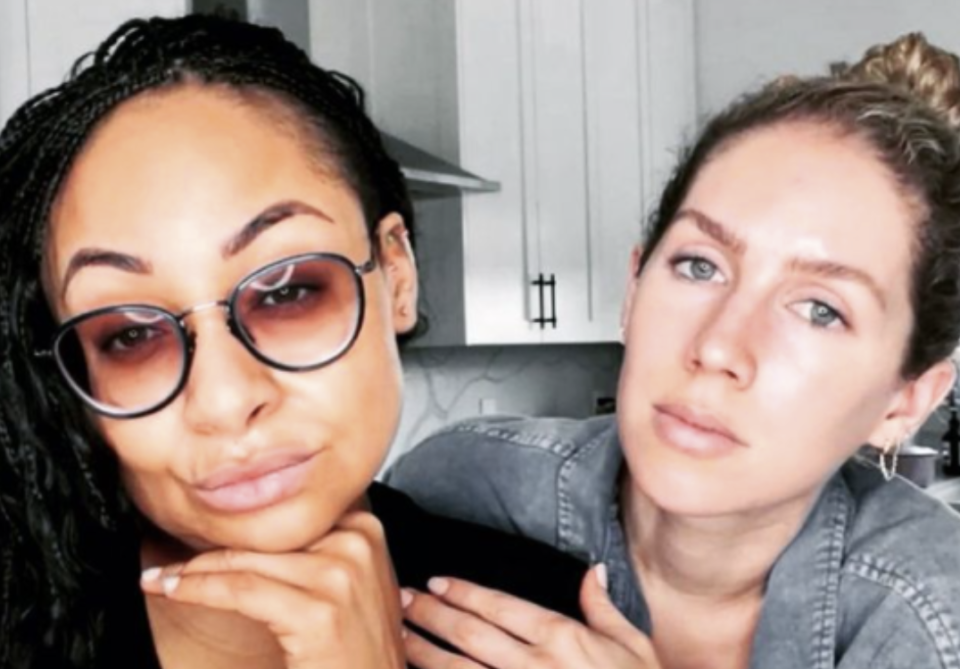 Actress Raven-Symoné is the latest Black celebrity to delve down the rabbit hole of making assumptions about Black people’s interest in her interracial relationship.

Last week, the Jasmine Brand reported that the That’s So Raven star opened up during an interview with Noir Online about the self-imposed pressure she applied to herself when she began dating her now-wife, Miranda Maday, in 2015.

Raven expressed that she broke up with Maday while they dated because she thought she would be rejected by Black folks.

“I’ll be honest, it was kind of a self-inflicted, old way of thinking that the Black community would be mad that I was dating a white person,” she said. “It was this residual thought process that really wasn’t fact. And so I didn’t know how to communicate that with her.”

Maday was unaware that her beau was struggling emotionally with the interracial relationship.

Raven spoke in detail about what she felt was happening while they dated.

“I just caught people staring at me all the time. It felt weird, but then again, it wasn’t really happening. I think I was just carrying burdens that happened in the ’90s and ’80s that weren’t really working for the now.”

The actress also explained that she had to stop paying attention to negative comments on her love life and other social media.

“I used to really take the bait in the earlier stages of social media when I was first starting,” she said. “But in regards to my family and how I choose to move forward with my private life, it’s nobody’s damn business, so I don’t really care about your opinion.”

“I learned a long time ago not to really read the comments, not to really give in to every single person’s opinion that decides to comment.”

In the garden at Debbie Allen’s home, the two women eventually married in an intimate ceremony on June 16, 2020.

Last month, Alfonso Ribeiro admitted feeling similar to Raven. He expressed that he felt like he wasn’t accepted by the Black community because people compared him to his most well-known character, Carlton Banks, from The Fresh Prince of Belair and having a white wife.

But when an obnoxious video of Ribeiro actively seeking out white girls, it was clear that the former child star was his own worst enemy.

In other words, Raven and Ribeiro’s frustrations are pointed in the wrong direction. Black people are more likely to be more accepting of interracial relationships than whites.

FacebookTwitterYoutube
← Sha’Carri Richardson Drops Out of Prefontaine Classic 200m After Shocking 9th Place Finish ← Learn How To Create, Optimize, And Manage Facebook Ads For Only $19.99
×