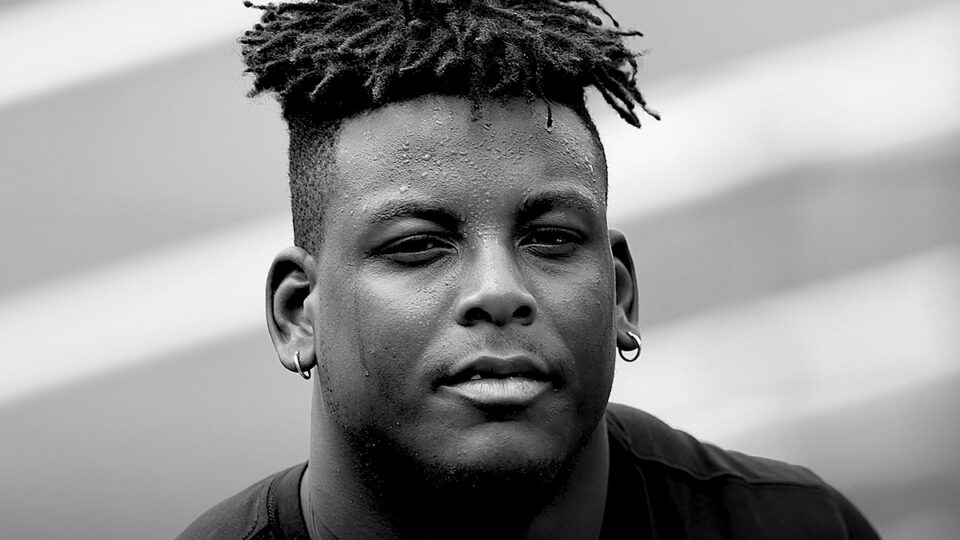 According to NFL.com, Ravens outside linebacker Jaylon Ferguson was found dead earlier this week in Baltimore. The young NFL player died at 26.

His family released a statement announcing the football player’s death.

“It is with deep sadness that we acknowledge the unexpected passing of our beloved Jaylon Ferguson,” his family said in a written statement on Thursday.

“Jaylon was a loving father, son, brother, fiancé, and an exceptional athlete. His kindness, big heart and infectious personality will be missed by so many, but his legacy will continue. We wholeheartedly appreciate the calls, text[s], and post[s] of support from his many friends and fans upon learning of this tragedy.”

Ferguson had three children, two daughters and a son, who are all under five.

ESPN reported that Baltimore police officers responded to a home in the city’s northern district at about 11:25 p.m. Tuesday. The officers discovered Ferguson unresponsive and being treated by medical personnel. He never regained consciousness and was pronounced dead on the scene by medics.

Police officials stated there were no signs of trauma, and no foul play is suspected. Ferguson’s body was taken to the medical examiner’s office, but a cause of death has yet to be determined.

The Baltimore Ravens released a statement earlier this week.

“We are profoundly saddened by the tragic passing of Jaylon Ferguson. He was a kind, respectful young man with a big smile and infectious personality. We express our heartfelt condolences to Jaylon’s family and friends as we mourn a life lost much too soon.”

We are profoundly saddened by the tragic passing of Jaylon Ferguson. pic.twitter.com/ylBvLEzjer

Having played three seasons in the NFL, Ferguson was selected in the third round in 2019 after playing for Louisiana Tech. He played in 38 games for the Ravens, including 10 starts, and recorded 67 tackles and 4.5 sacks over three seasons.