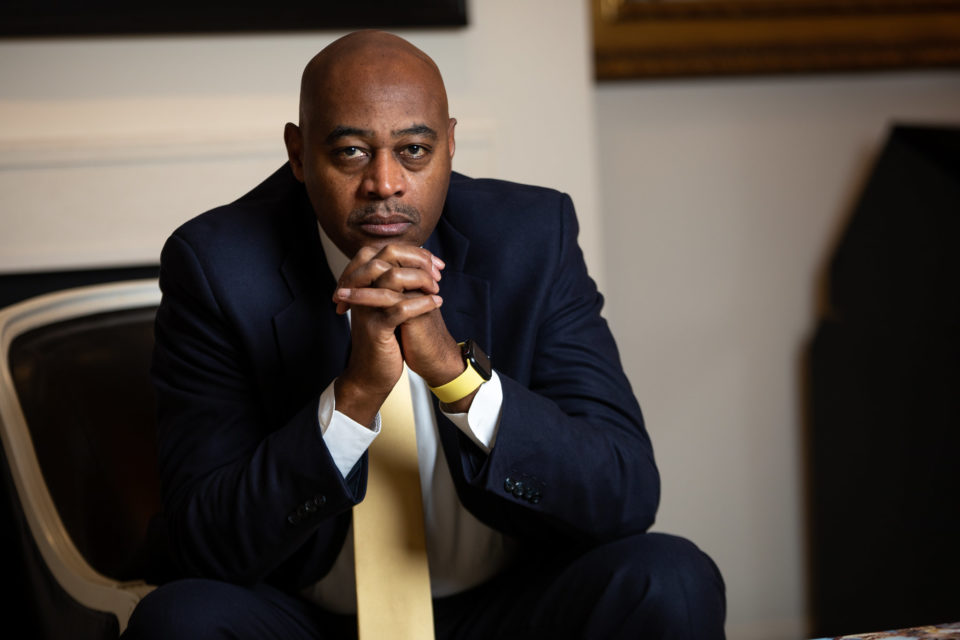 *This is final installment of a series on the New York City Mayoral Race. Black Enterprise has talked to the top Democratic candidates and given our readers a chance to get to know Dianne Morales, Maya Wiley, Shaun Donovan, Eric Adams and Kathryn Garcia and their agendas.

Ray McGuire, born and raised in Dayton, OH by his single mom, received a special opportunity to attend a private school in the sixth grade. McGuire had to walk almost a mile to catch the school bus, but for five years he did it.,

That was the springboard that eventually led the Harvard University graduate to New York City and a career in the finance sector. Now, McGuire wants to help the city because he believes the state’s career politicians haven’t.

“I look across this city and I see what COVID has done to expose and exacerbate the conditions in healthcare, education, the economy and the criminal justice system,” McGuire told BLACK ENTERPRISE. “This city is broke and its divided It’s facing a crisis in each category.”

“I look at the other mayoral candidates and they’ve collectively been in office for more than a hundred years,” McGuire said. “I look at that and ask where are we and we’ve gone backwards.”

McGuire knows without the education he received, he wouldn’t be where he is today. The former Ivy Leaguer believes the New York public education system needs a complete overhaul and his education plan takes a long term view of educating a child.

“The only way I got here is education,” McGuire said.” Right now, if I randomly select ten Black and Brown children, two or three can read. So my plan is cradle to career. I want to transform pre-K through high school so our children get educated for once.”

McGuire’s plan will oversee a child’s education from before pre-K through high school and to either college or a career. Additionally, McGuire will pump millions into the school system to provide affordable childcare, after-school programs, mental health and trauma personnel at every school, high speed internet and expanded tutoring.

“That will start with affordable childcare and by the time they get to pre-K they’re on schedule and then I want to make sure that every kid by the end of third grade is proficient in reading and math, because education experts say before the end of the third grade children are learning to read, after that, they are reading to learn.”

Under McGuire’s plan, children will take digital and financial literacy classes in the sixth grade as well as an introduction to different career opportunities. Vocational training will start in the eighth grade and pathways to a career will be explored in high school.

It’s not just children struggling in New York City. Businesses in the city were closed for more than a year and millions of job were lost. McGuire’s economy and jobs plan includes creating 50,000 jobs by covering 50 percent of a worker’s salary for one year at small businesses that were hardest hit by the pandemic.

Additionally, the plan will allow small businesses to keep their sales tax receipts for a year to pay catch up on utilities and bring back employees, get rid of red tape for small businesses, create a job hub in all five boroughs and create one website where small businesses can handle any and everything.

The plan also involves creating infrastructure that can withstand changes in climate, working with tech companies to create a smart city and making sure BIPOC-owned small business get the capital and support they need by appointing a deputy mayor for minority and female owned small businesses.

McGuire was a star for his high school basketball team and the sport runs in his family. When he isn’t campaigning, he’s on the blacktop shooting with his son Leo and his stepson Cole Anthony, just finished his rookie season for the Orlando Magic NBA franchise.

The rest of McGuire’s agenda includes public safety and justice, affordable housing and quality of life. His endorsements include The Daily News (3rd in ranked choice), Rep. Gregory Meeks (D-N.Y.) and a bevy of entertainers and athletes.

Ray McGuire wants to prove it doesn’t take a career politician to change New York, just someone who cares  and he wants its residents to hold him accountable.

“It ain’t about me it’s about we,” McGuire Told BLACK ENTERPRISE. “New Yorker need someone they can trust and believe in and I’m in this solely for the citizens of New York City. I’m not out here brokering deals.”

*BLACK ENTERPRISE reached out to Scott Stringer, but did not receive a response and Andrew Yang, who did not make himself available.