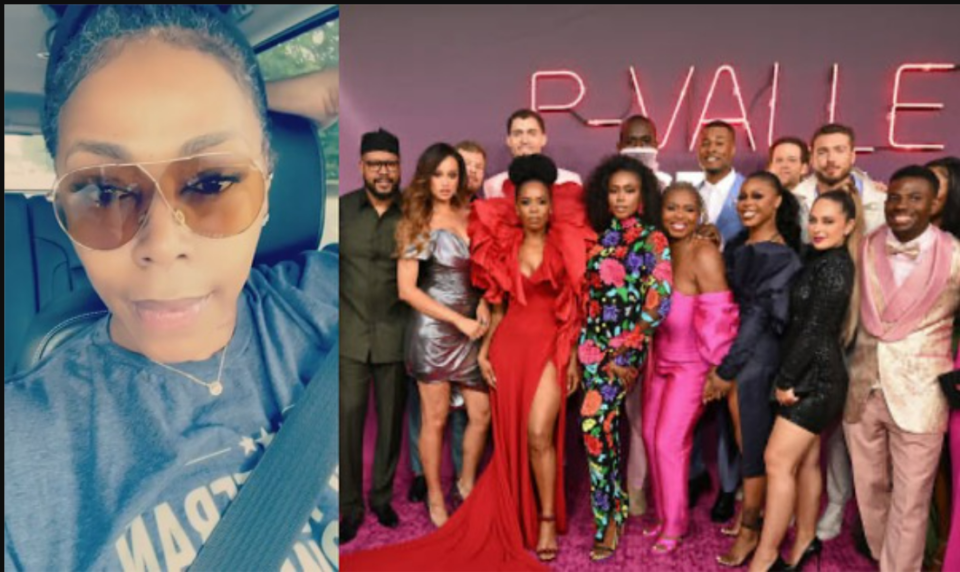 P-Valley‘s second season premiered June 3, and Gilbert had some words for series creator Katori Hall, award-winning playwright. The R&B Divas star blasted the show online after watching the highly anticipated premiere on the anniversary of her mother’s death.

“After watching last night’s episode of #PVALLEY & seeing the REAL reviews from REAL people and viewers vs the ‘Bot generated’ or ‘corporate interest’ ones,” Gilbert tweeted. “I realize that my Mama had a conversation with GOD & he said, ‘Let Me Handle It’.”

“I knew from the first copyright in 2004 that given the opportunity this story would resonate with audiences,” Gilbert wrote on a June 3 Instagram post. “I never would have imagined it would have become #Pvalley.”

P-Valley chronicles the lives of exotic dancers who work at The Pynk, an establishment in fictional Chucalissa, Mississippi, and their nonbinary boss, Uncle Clifford. On the other hand, Soul Kittens Cabaret, released on DVD in 2011, is a stage musical that follows “a group of women with judge-mental [sic] abusive loved ones who worked in a taboo industry” with a “non binary [sic] lead owner of a strip club,” Gilber wrote on her Instagram account.

On Twitter, Gilbert is maintaining the stance that her stage play was ripped off by P-Valley, writing that she has yet to see “said writer, write an original thought or idea.”

I was very insulted about this episode airing on the anniversary of my Mom’s passing, but now I know why it did. When I was going through the R&B Divas litigation she said “They stole that from you baby.. don’t stress, because eventually the universe will make it all fall apart!

It’s SO obvious that the writer of last night’s episode had NO idea where to take this story, because she didn’t create it. I have yet to see said writer, write an ORIGINAL thought or idea… I don’t care how many awards, accolades or dollars the machine pumps into her.

I know, and THEY KNOW the POWER of a Black Woman who’s Soul is NOT for sale. I intend to make sure my seeds are planted so deep that it will shake the snakes out of trees. Our community deserves to benefit from the fruits of our efforts. #Fight4WIRF #PValley