Colleges Across the Nation React to Ferguson Grand Jury Decision 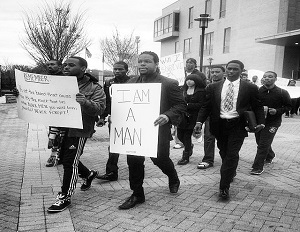 Protests and marches continue to take place across the nation in response to Monday’s grand jury decision to not to indict officer Darren Wilson in the killing of Ferguson teen Michael Brown.

Several college students and administrators are taking action in their local cities, using hashtags such as #WeAreFerguson, #WeAreMikeBrown, #BlackLivesMatter and many more that are trending on Twitter and Instagram. Universities nationwide are holding peaceful protests and sit-ins using these hashtags and many others to show their solidarity around the Aug. 9 Ferguson incident.

Take a look at some of the best pictures of student leaders and educators responding to the Ferguson grand jury decision.