Expand Your Vocabulary By Reading The Dictionary 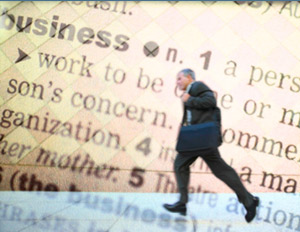 I’m a words geek. I love words, their sound, their meanings, their power to teach, calm, and convey any and everything. So, I’m always excited to see new words stake their claim in the language, as they do every year when Merriam-Webster (the last word on words in this country) elevates an elite group from slang into official status by including them in the latest edition of their dictionary.

It’s easy to forget how many of our most standard references began as a fluke, a made-up string of letters that previously had no meaning at all. In recent years, new entrants from acai (a fruit) to zip line (whizzing through the treetops) have become commonplace. So have new definitions for words we thought meant one thing that we now routinely think of as something else. Take cougar, the large, powerful tawny-brown cat versus the romance-hungry middle-aged woman on the prowl for a younger man.

At Black Enterprise through the years, we’ve coined our share of terms that took off, like Buppie in 1984. The long-winded dictionary definition is “a college-educated Black adult who is employed in a well paying profession and who lives or works in or near a large city.â€ Of course, we just called it a Black urban professional. Words like kidpreneur (a child entrepreneur) and teenpreneur (a teenager with their own business) haven’t garnered official status, although we use them at BE and see them elsewhere all the time.

Ginormous, the brilliant fusion of giant and enormous, is a word I thought my brilliant son made up when he was three. Come to find out, not only is it in the dictionary, its first known use was traced back to 1948! And we can thank President Obama and the First Lady for officializing (yes, I made that up) fist bump. Merriam-Webster defines it as “a gesture in which two people bump their fists together as in greeting or celebration.â€ Urbandictionary.com breaks it down like this: It’s “the White person’s term for dap.â€

Words like frenemy and google have long been official, but swagu (which is not only defined on urbandictionary.com, it has 50 variations ranging from swagtastic (you have amazing game) to swagtastrophe (someone with a complete lack of swagger) and swagzilla (swagger on an outsized scale), hasn’t made it to Merriam’s… yet. With all due respect to Andre 3000, BeyoncÃ© and anyone with even the slightest hip-hop sensibility, swag is there, but only as a type of drapery.

My favorite new entrant, just elevated last year, is bromance, referencing a close nonsexual relationship between men. Also added to Merriam-Webster last year was a new definition for an old standard: Tweet. Once merely defined as “a chirping note,â€ it’s now, in both noun and verb form, “a post made on the social networking site Twitter.â€ You’ll also be happy to note that the new definition of tweet is less than 140 characters long.