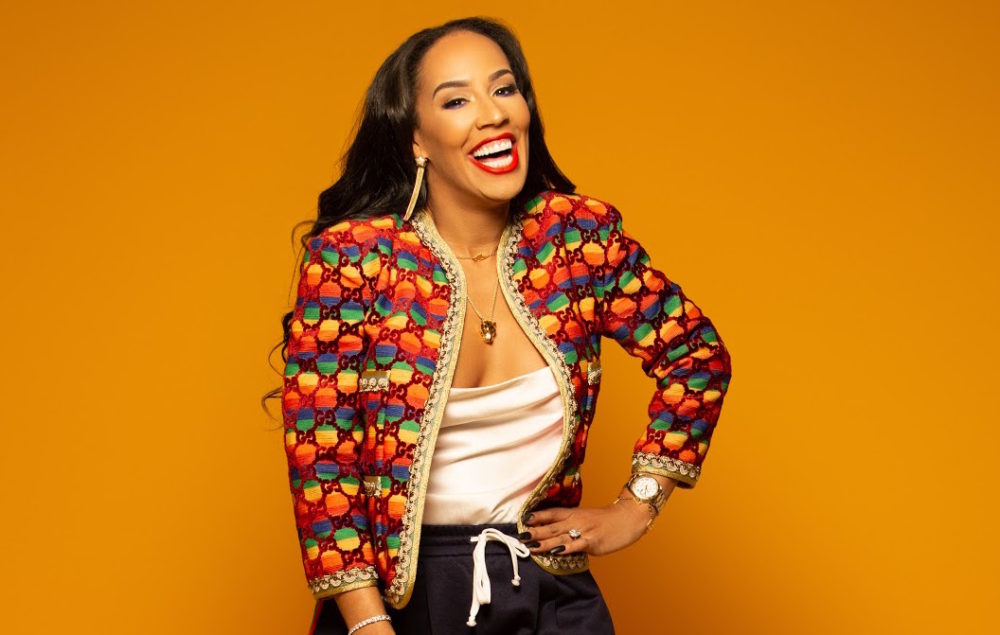 Tanya Sam is more than part of the Real Housewives of Atlanta cast. She has made her mark in the tech industry as director of Partnerships at TechSquare Labs, a technology startup hub and venture capital fund, and by co-founding BuiltxWomen, a business accelerator for woman entrepreneurs.

Since 2016, TechSquare Labs has invested in over 30 companies, and those companies have raised over $300 million in venture capital and generated over $100 million in revenue. Currently, Sam is working on Ascend 2020, a technology startup and small business pre-accelerator for minority who reside in Atlanta, Georgia, with her fiance Dr. Paul Judge, a technology entrepreneur and investor.

BLACK ENTERPRISE caught up with Sam to find out how she transitioned into tech after meeting the man of her dreams. 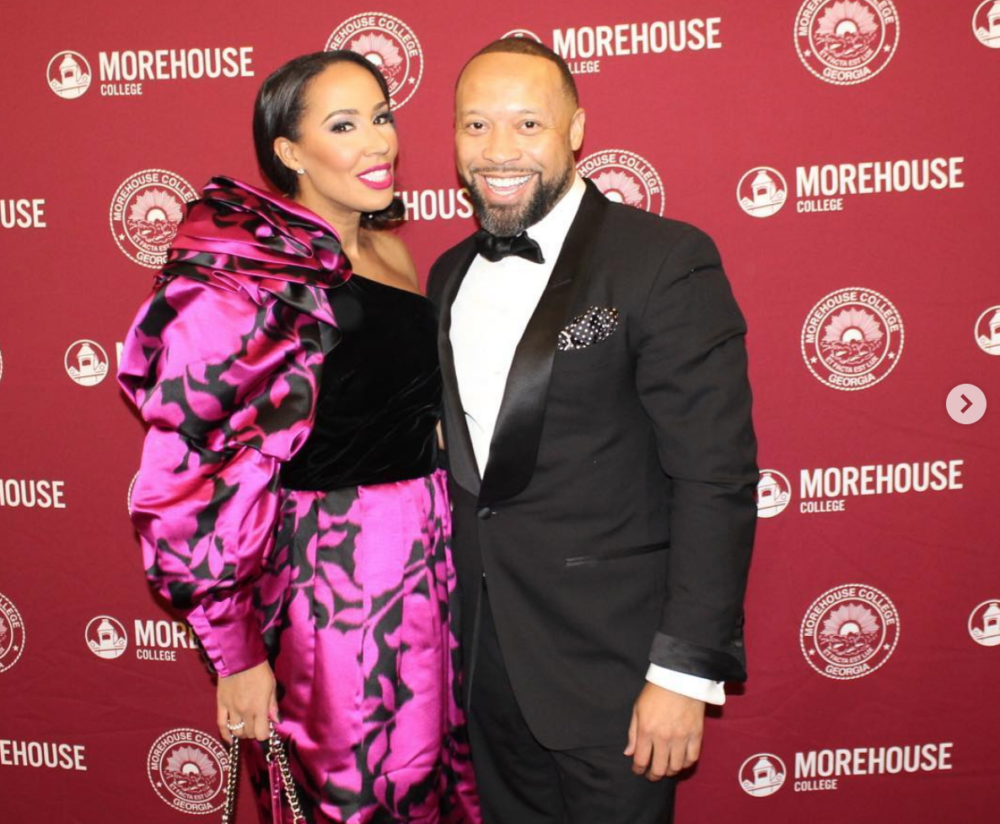 How did you go from being a registered nurse to running successful businesses in the tech industry?

My educational background was focused on the sciences. I have a BSc degree in Genetics and Cell Biology and a BScN in Nursing. I come from a very medical family. My mother and grandmother were both nurses and my father is an OB/GYN physician so this was a logical and fascinating career for me from a young age. In fact, most of my aunts and uncles were in the medical field so really it felt like the only option because I didn’t have many other representations of different career paths. My dad came to Canada from Accra, Ghana, to go to medical school in the 1960s and he always preached to us, “you need to have a career where you are the boss, doctor, lawyer, dentist, accountant.” That’s it. Actually, when I chose nursing he was absolutely disappointed.

When I graduated, I specialized in hematology/oncology and bone marrow transplant. After a few years working in Toronto, I took a job as a travel nurse and moved to New York City.

Fast forward six years and I met my now fiancé, Paul, while shopping in LA.

Paul has a PhD from Georgia Tech in Computer Science and is a serial technology entrepreneur. At the time, he had sold two cybersecurity companies, and on our 3rd date, we detoured to a coffee shop to meet another GT PhD, who became the co-founder of his third startup.

I sat beside this pair of visionary genius PhDs, eavesdropping in awe of what they were talking about. Frankly, I had zero exposure to tech and startups at this time and it was basically at the napkin stage. They founded a voice security and authentication startup that protects large volume banks and financial institutions from fraud over the phone. To date, Pindrop has screened over 500 million calls.

[Side note: Pindrop’s anti-fraud technology protects some of the largest banks, insurers, and retailers in the world and has total funding of over $100 million from venture firms including Andreessen Horowitz, Google Capital, and IVP].

Building a startup is an all hands-on-deck, all-consuming endeavor, so I just started pitching in where I could. I am not technical, but in the startup space there are a plethora of tasks required to make a company successful so I tried to learn and do as much as I could to help. From operations to branding to marketing to office design. It takes a village and the experience was akin to a real-life MBA.

This experience inspired me to start my own startup beverage company, Limitless Smart Shot. It was actually born out of working in healthcare as an RN as we have busy 12-hour days that demand us to be mentally sharp all the time. That said, we rely on coffee to keep us going so I developed a dietary supplement drink to increase focus, attention, memory, and help support healthy brain function.

How did you become Director of Partnerships at TechSquare Labs?

Working alongside a visionary serial entrepreneur like Paul Judge and then starting a company of my own, I realized that a large part of being successful is surrounding yourself with other like-minded people as well as opportunity. We built TechSquare Labs to create a startup ecosystem in Atlanta for early-stage entrepreneurs. We invest in and help build early-stage technology startups including everything from e-commerce to marketing to cybersecurity to blockchain. As the Director of Operations and Partnerships, I have a lot of freedom to create programs and I am passionate about helping minority and female founders build businesses.

TechSquare provides a space where we can foster success by providing access to resources and knowledge and foster diverse and minority tech businesses. We have invested in over 60 companies and those companies have raised over $300 million in revenue. Atlanta is the perfect hub for TechSquare because it has a very fast-paced, growing technology system that needs a helping hand.

Tell us about your new project Ascend 20/20:

Ascend 20/20 is a six-month pre-accelerator designed to scale and launch high-growth minority and/or female-led startups in the metro Atlanta area. Our current cohort has 30 founders building a range of businesses from on-demand babysitting services to travel logistics to music and event tech. It is a partnership between Morehouse College Entrepreneurship Center, JP Morgan Chase & Co., and TechSquare Labs.

The programs afford participants business management education on topics such as business models, customer discovery, product market fit, product development, fundraising, strategic growth plans, and more. Another key aspect is fostering access to capital relationships and customer markets that these founders may not have had direct ability to access as minorities.

BuiltxWomen  is a business accelerator for female entrepreneurs that I run out of Tech Square Labs. These amazing women are founders of early-stage technology startups and we help propel them along their startup journey.

Our purpose with Ascend 20/20 and BuiltxWomen as well as with TechSquare Labs is to help businesses thrive and flourish through access to opportunities. Opportunities to things like mentorship programs, informational sessions, tech startup workshops, venture capital, and to a network of people who they would not normally have access to.

One of the things that Paul and I believe is that technology and the world of coding is the best demographic equalizer we have seen for minority communities. In the past, wealth was generally reserved for those who had access to land, steel, and lumber; things that often required generational wealth.

In April 2019, your company TechSquare Labs will be hosting Atlanta Startup Battle, a 2-day competition where startup companies compete to win $100K in funding. What can you tell us about this?

Atlanta Startup Battle is an open-entry startup competition where the best early-stage tech startups compete for a $100,000 cash investment and a year of incubation.

We narrow the field of 500+ startup companies applicants down to the top 20. Those finalists compete in a full day of battling through different modules, each led by and judged by skilled mentors.

The top 5 pitch on stage in front of a crowd of 1000 people including 5 active venture capitals investors who decide the winner. To date, we have awarded over $500,000 at the Atlanta Startup Battle

[Side note: Applications are open now! The competition is on Tuesday, April 23rd.]