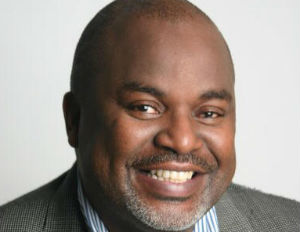 Unless you just so happened to have penned, say, the volumes that became the epic television series “Game of Thrones,â€ it’s a pretty accepted fact that most professional writers don’t make a ton of money.

These days even successful freelance journalists and authors are finding it necessary to look to other streams of income as an increasing number of newspapers and magazines go the way of the dinosaurs, with many opting to teach, go into publicity or adopt other side hustles.

The harsh reality of the times makes being passionate about what you build your platform on that much more critical.

Though he himself has long added several slashes after his name, Robertson is determined to make his literary offerings count, building his catalog with socially conscious, thought-provoking anthologies for African American audiences.

“I spent a great many years working as an entertainment journalist, and a pretty successful one,â€ Robertson says. “Then I reached a certain point in my career when I felt like I wanted to do something different — I wanted to tell different types of stories. And so the circumstances being what they were in my personal life—with my brother having contracted HIV, for instance— I felt like that would be a good place to start, to talk about the disease and talk about how it impacted our family. That became a book called ‘Not in My Family: AIDS in the African American Community,’ which was met with an NAACP Image Award nomination and a great deal of critical commercial success. Then my publisher asked, well, what do you want to do next? I decided that I wanted to continue putting together projects about Black identities.â€

Going on to craft Family Affair: What it Means to be African American Today, the latest book Robertson has edited is called “Where Did Our Love Go: Essays on Love & Relationships in the African American Community,” featuring writings by the likes of R&B singer Anthony Hamilton, award-winning actress Viola Davis and various other celebrities, journalists and public figures. He’s planning on launching a nationwide tour for it this summer.

The book is in direct opposition to what the Los Angeles-area scribe and publicist says have been ongoing attacks on the state of African-American relationships in the press, without involving the thoughtful voices of African Americans themselves.

“It’s a collection of writings where the authors who are single, married and divorced offer thoughtful opinions and ideas about love and relationships in the Black community. I mean, how do we make love work as a group when we’re constantly under assault in other areas of our lives, including this one? This book, like all the others I’ve done, is about wellness in the African American community. It’s about creating meaningful dialogue.â€