Preparing for the Marathon To Rebuild Our Wealth - Black Enterprise 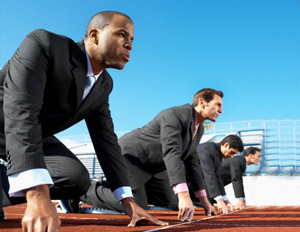 We have fallen to the back of the pack in our marathon run to build wealth.

While America dealt with the Great Recession of 2007-2009, overwhelming numbers of minority households suffered through a modern-day version of the Great Depression. The result: the obliteration of billions in wealth. We received confirmation earlier this week when Pew Research Center released a report that clearly spelled out the extent of the damage.

The wealth disparity between African Americans and our White counterparts is Grand Canyon-wide, the largest gap in a quarter century. In fact, the median wealth of White households is 20 times that of Black households and 18 times that of Latino households, according to the organization’s analysis of U.S. Census data. In dollar terms, African Americans’ net worth–assets like property, savings and investments minus liabilities such as mortgages, car loans and credit cards–was a mere $5, 677 compared with $113,149 for Whites. The net worth for Latinos was only $6,325.

The report corroborated that the collapse of the housing market in 2006 and recession that followed from late 2007 to mid-2009 took a far greater toll on minorities than Whites. As a result, the inflation-adjusted median wealth of Black households dropped a staggering 53% from 2005 to 2009 versus just 16% for White households during the same period. Latinos were hardest hit as the group’s median wealth plummeted by 66%.

No doubt, these figures are alarming, especially whenÂ  you factor in a Black unemployment rate of 16.2%, double the rate for Whites. Behind the numbers, you’ll find poignant stories of economic woe as families face foreclosure of homes and deferment of dreams of a bountiful financial future.

The Pew report offered further evidence that we must address the economic state of Black America. As Congress dithers over the debt crisis, resistant to overtures from President Obama to get serious about a deficit-reduction compromise, our salvation ultimately rests in a maxim made popular by director Spike Lee: “Do for self.”

We must take steps, large and small, to creatively piece together our own action plan to place African Americans on the path to sustained financial recovery. As you would expect, our key planks are job creation, entrepreneurship and financial education.