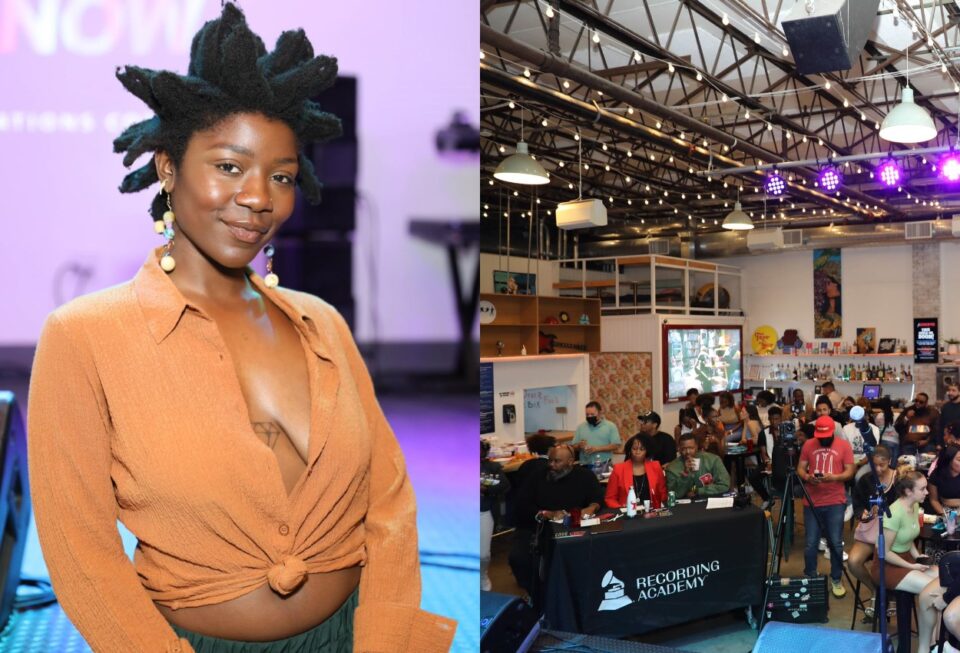 On April 28, the Recording Academy’s Black Music Collective, in partnership with GRAMMY U, hosted its first stop on the HBCU Love Tour at the Howard Theater in Washington, D.C.

Led by the Recording Academy Board of Trustees, including Chair Tammy Hurt, Vice Chair and Black Music Collective Chair Rico Love and Chief Executive Officer Harvey Mason Jr., the HBCU Love Tour educates prospective music industry professionals at historically black colleges and universities on career paths and opportunities within the music industry. Through this initiative, the Academy aims to expand its academic footprint, inspire students to pursue a career in music, and bolster Black representation at GRAMMY U and within Academy membership.

The evening kicked off with a performance by Howard University Student Precious Jewel, the winner of the HBCU Love Talent Contest hosted by Kokayi and Little Bacon Bear on Apr. 16. Precious Jewel also received a cash prize presented by the Mason Jr., Hurt, and Love during the program.

The Recording Academy’s Vice President of Diversity, Equity and Inclusion Ryan Butler welcomed attendees and introduced the program and Recording Academy Co-President Valeisha Butterfield Jones, who spoke about the HBCU Love Tour’s mission and impact on the music industry. The driving force behind the program, Rico Love, kept the evening moving with the first panel featuring five-time GRAMMY® winners Jimmy Jam and Terry Lewis where they discussed the GRAMMYs process, their experience as a GRAMMY-nominated duo and five-time GRAMMY winners, plus the benefits of Recording Academy membership and how they’ve stayed involved throughout the years.

Before moving on to the final panel of the night, GRAMMY U Director Jessie Allen informed the student audience about how the Academy strives to empower the next generation of music creators through the program, and how they can get involved on their campus.

“I am so proud to have helped bring the HBCU Love Tour to life with its first stop at Howard University,” said Love.

“As an Academy, it’s crucial that we continue to inspire the next generation of music creators and foster a relationship with these students. We hope to not only introduce who we are as an organization, but inspire young creators to be the change as future members to create meaningful impact within the music industry.”

“The partnership between the Black Music Collective and GRAMMY U emulates what the Academy strives to do every day – lift our diverse community of music creators and empower the future leaders that will soon make up our industry,” said Butler.

“We hope the opportunities, industry insights and advice provided through this program inspire students to seek a career in music. As a Howard University alum, I’m thrilled we were able to kick off the tour in D.C. and connect with the HU students who aspire to have a career in music.”