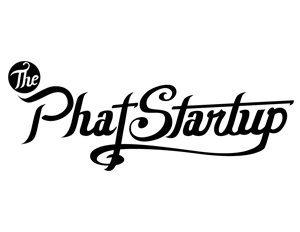 Entrepreneurs, students and social (media) stans filled the Projective Space in New York City Thursday night to hear Reddit co-founder Alexis Ohanian speak about his entrepreneurial journey. Â From founding the popular social news site to selling it for millions to CondÃ© Nast in 2006 and investing in 90 companies, the 30-year-old innovator is now entering the publishing space, releasing Without Their Permission, a personal road map of sorts where Ohanian shares his tips, ideas and story on how he hit it big as a tech entrepreneur.

The Phat Startup, a social enterprise that creates tools, resources, and events for aspiring entrepreneurs who enjoy hip hop, kicked off the event with a networking exercise that led to introductions and a presentation from Carron White and Ruth Fombrum, the founders of subscription-based beauty box service SAHSHÃ‰. The candid, interactive conversation, led by The Phat Startup founder James Lopez, revealed Ohanian’s admiration for fellow Brooklynite Jay Z, how he defines success, which involves waking up every morning and not recognizing the difference between his job and what he enjoys, and why NYC is the preferred tech locale for the University of Virginia graduate. When asked who he’d invite to a roundtable discussion, Ohanian paused and picked media maven Oprah Winfrey, Microsoft founder and philanthropist Bill Gates and Christopher Wallace, best known as The Notorious B.I.G. The last pick was a close one between Wallace and Grammy Award-winning musician and entrepreneur Pharrell Williams. (Wouldn’t you want to be a fly on that wall?)

Check out what meet-up attendees had to say about the one-on-one conversation with Ohanian:

The Phat Startup was founded by Anthony Frasier and James Lopez. The October 3 NYC Meet-up: Learn How to Dominate the Web Without Permission with Alexis Ohanian was sponsored by Black Enterprise, Entrepreneur Week, Neuro Sonic, Walker Corporate Law and Herman Yiu, CPA.