Redman Shares Video Of Himself Skydiving After Earning His License 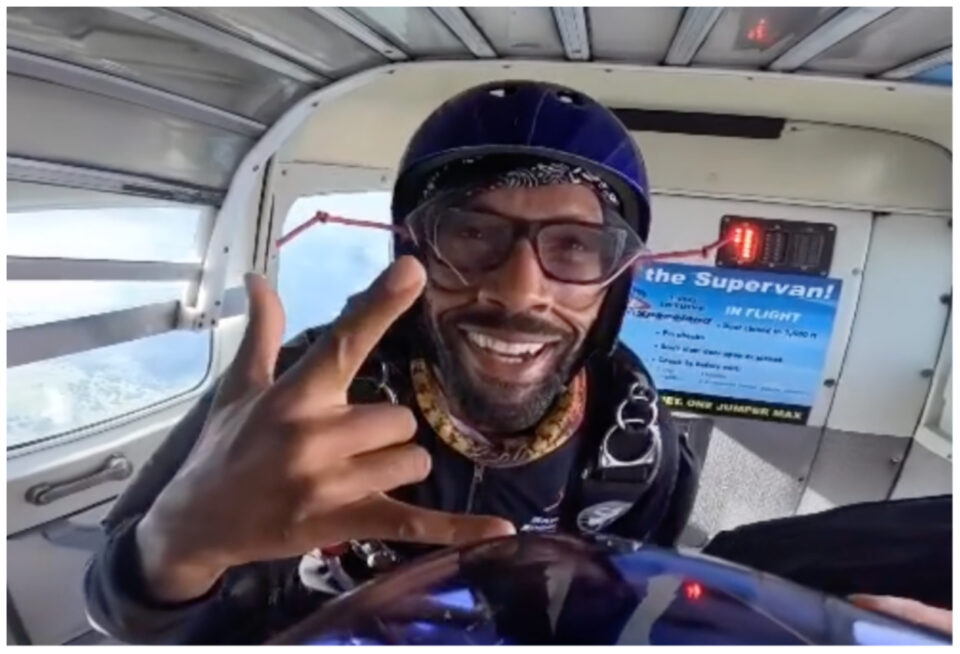 “I worked HARD for this !! 27 JUMPS and Studied Hard for my Written Exam and Passed TODAY !! I’m an OFFICIAL LICENSED SKYDIVER !! I’m WILDING IN THE SKIES.”

I worked HARD for this !!

27 JUMPS and Studied Hard for my Written Exam and Passed TODAY !!

I'm WILDING IN THE SKIES pic.twitter.com/8v5GgBgYTZ

The “Da Rockwilder” singer reportedly learned how to skydive at Skydive Sussex in New Jersey and Skydive Spaceland Houston in Texas. Redman also shared the video on Instagram and thanked his skydiving instructor Pedro with a caption. “PEDRO you’re an Excellent Instructor Bro. The Whole SpaceLand Team Thank you..I will See you guys Next time. @skydivesussex Thank you For The Start and Opportunity,I will Be back Jumping In NJ In another Week. GET SUM !! Song – NIGHT SHINE by @excision feat. The Frim And Luciana.”

The 52-year-old also shared an Instagram post acknowledging his newfound appreciation for the little things in life, such as going out on a date night with a spouse and rescuing bugs.

“Treasuring the little things prepares you for the big reward,” he said in the video. “I don’t even kill bugs no more. “And if I find a bug in the house, I put it in a cup and I let it back out in the world,” he said. “Thanks, T for helping me out with that.” He went on to say that going out on a date night with a spouse, helping an elderly woman with her bags, or talking to someone in need could be considered treasuring the little things in life. He ended the video with, “Houston, I’m Outchea!”

Redman also expressed his sentiments in the caption on Instagram. “Treasuring the LITTLE Things, Prepares You for the BIG Reward! Houston I’m Outchea!”