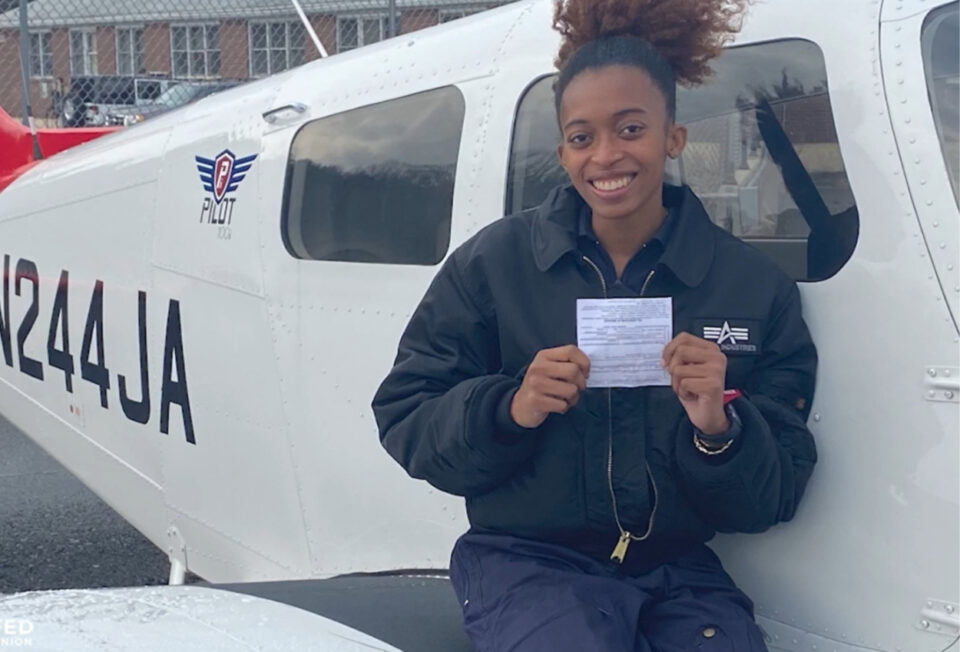 RedTail Flight Academy (RFA), a program inspired by the original Tuskegee Airmen that creates a pipeline to career possibilities for underrepresented people of color, announced its graduating class of 2022.

“One of the things that is exciting about this program, is to see the caliber of talent that comes here,” said RFA Board Member and daughter of a Tuskegee Airman Anne Palmer.

“The unique piece of the equation is that many of them are the exact same ages of the original Tuskegee Airmen heroes. It’s incredible to watch these students blossom throughout their time at the academy and realize the opportunities and possibilities for themselves. That’s why we do what we do.”

RFA, based at the New York Stewart International Airport, is an all-volunteer program that uses aviation as an aspirational platform to recruit, develop, expose and place underrepresented talent in life-changing jobs and careers. The academy’s core program focuses on the need to increase diversity within the aviation industry and offers training free of cost to participants, according to a press release. RFA strives to increase the percentage of minority aviators from the less than 2 percent of aviators in the military and the commercial space, to at least 4 percent in the next 10 years through its efforts.

The students came from cities across the country and St. Croix in the U.S. Virgin Islands to participate in the 10-month program.

“Being able to fly any day is always a great opportunity and you can never take it for granted,” said RFA graduate, Jarious Gordon.

“If you do what you love, you never have to work a day in your life and that’s how I feel about aviation. In our own way, we are trailblazers just like the Tuskegee Airmen. We give back and motivate others to continue their aviation careers.”

The timing of the graduation marks the 80th anniversary of the first graduating class of documented original Tuskegee Airmen.

“I want this opportunity for other students like me because I know the journey of pursuing a career in aviation is difficult,” said RFA graduate and flight instructor Mya Coley.

“It’s emotional because growing up I was told all the time that I need to forget about my dream and that women like me, African American women, aren’t supposed to be pilots. We hold the Tuskegee Airmen history on our shoulders and that’s a big name to carry and follow-up on. It means a lot to me that I’m able to continue their legacy and that I get to open the door even wider for others that want to be a part of the aviation industry.”

“I get emotional every time the students start to talk about their life experiences, the Tuskegee Airmen or their experiences at the academy,” said RFA Founder, Glendon Fraser.

“It brings it all back to the Tuskegee Airmen legacy.”