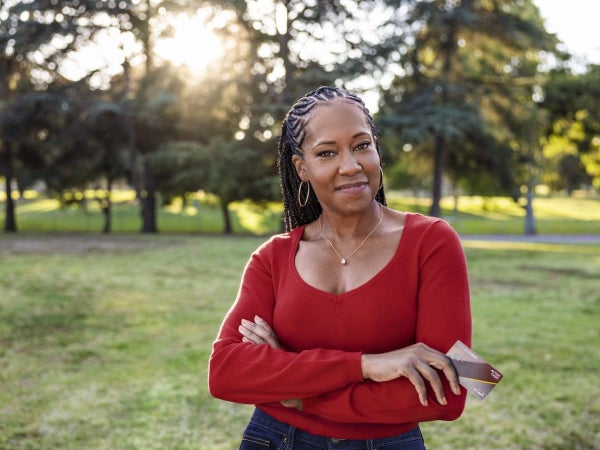 When she was a little girl, actress Regina King got some advice from her mom on handling money.

She was told to be cautious with how much she spent versus how much she saved. The mother and daughter also discussed credit cards and loans, King reflected on the wisdom she gained.

The Oscar-winning actress is now using the advantageous teaching she got an early start on to help others. She is teaming with banking giant Wells Fargo to advance economic well-being in Black communities.

“As a mom and born and raised in LA, I’m especially attracted to causes that address the need to identify youth’s potential, and that encourage financial health and equitable exposure to professional careers,” said King according to a press release. “In addition to Wells Fargo’s expansive support of youth across the country, I’m proud to announce along with them today an additional $1 million donation to inspire more Black participants to join Kollab.”

To help change matters, King is teaming with Wells Fargo to promote financial health through such efforts the bank has undertaken for years.

As one of the nation’s largest banks, Wells Fargo has gained some good and not-so-good press related to the Black community.

In April 2021,  Wells Fargo announced it would be investing $50 million in Black-owned Minority Depository Institutions (MDIs).

King is the first major celebrity to partner with Wells Fargo. Making a choice to do so is personal.

“As a product of LA Unified School District, I’m aware of the lack of resources Black kids in the public school system don’t have provided at an early age. It’s really incredible I get to be a part of changing that,” King said.

Plus, King is involved with the bank’s latest customer-centered product, the Active Cashcard. She reports that it’s not just another credit card, and it puts money back into its users’ pockets no matter what.

She says she hadn’t ever heard of a cash card working in that way. “It’s something that can benefit everyone from my son’s age who is just now establishing his credit to someone like you and me.”