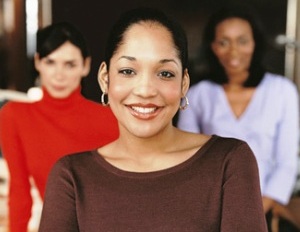 It will be a landmark year for the Black Enterprise Women of Power Summit in 2015, as the celebration begins for 10 years of honoring, acknowledging and uplifting female leaders of color via networking and empowerment.

This year’s summit, sponsored by State Farm, will be held in Ft. Lauderdale, Fla. at the Marriott Harbor Beach Resort & Spa, and it will be helmed by Caroline Clarke, editorial director of the summit, host of Black Enterprise Business Report, and author of Postcards from Cookie.

“We are so excited about being in Ft. Lauderdale for our 10th anniversary. It’s the perfect time to reflect on the progress we’ve made during the past decade and the challenges we still face, while also making definitive new goals and encouraging new dreams,” Clarke says.

RELATED: REGISTER for the 2015 Women of Power Summit Here

“It’s been an incredibly dynamic time since we launched this event. The marketplace has changed, and technology is constantly impacting how, where and when we work, as well as how we communicate,” Clarke adds. “Our approach to work and life has transformed, but what hasn’t changed is our need to stay competitive, stay positive, advocate for ourselves and each other, and connect with and support each other—not via texting and LinkedIn—but tangibly. There is no substitute for that.”

Of course, there will also be entertainment, dining, pampering, and beautiful landscapes to enjoy in sunny Florida. Past list of alumni reads like a who’s who of business, fashion, education, sports and other industries including Cicely Tyson, Venus Williams, Lisa Jackson, Claire Babineaux-Fontenot, Myrlie Evers Williams, Judy Smith, Ursula Burns, and more.

To mark 10 years of legacy,Â  Beverly Tatum, Ph. D will receive the Barbara Graves Award for her awesome leadership in STEM advocacy and education. The award, created in honor of Graves, the exemplary matriarch of Black Enterprise magazine who co-founded and guided the Women of Power Summit from its inception, is an honor bestowed upon women who have had outstanding impact, achievement and leadership in business, the arts, education, government and other influential industries.

Tatum, who serves as president of one of the top universities in the country, Spelman College, is a Women of Power alum, having been a featured guest during the Bill and Melinda Gates Foundation‘s symposium at last year’s event, titled, “Educating Our Daughters: Preparing the Next Generation of Women of Power.â€

RELATED: REGISTER NOW For More Networking & Entertainment at the 2015 Women of Power Summit

This year also marks another milestone, as the new Women of Power television show is set to launch this fall. The show will be an extension of the Women of Power Summit and what it stands for in celebration, uplifting and empowering female professionals around the world.

“This year we’re in a new city, at a new time. March 2nd through 4th is fittingly the dawn of Women’s History Month, and we’ll convene on a Monday rather than toward the mind of the week as we’ve traditionally done,” Clarke adds. “It’s a small shift in real time but symbolically it represents a commitment to valuing ourselves and prioritizing a conference that will change your life, your career and your outlook in the most meaningful ways.”

For more information on the agenda and registering for the Black Enterprise Women of Power Summit in Fort Lauderdale, Fla., March 2-4, 2015, click here.