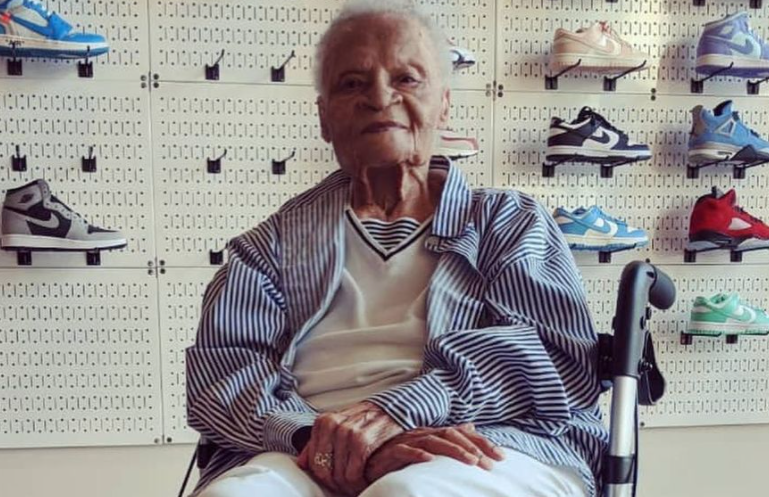 Justice for Greenwood Foundation announced a monetary gift to the three known living survivors of the 1921 Tulsa Race Massacre.

Viola Fletcher, Hughes Van Elli, and Lesslie Benningfield Randle will each receive $100,000 payments. This marks a critical step towards justice.

The three centenarians recently testified before Congress, sharing the impact of the racial injustices in America. Even after 100 years, little has been done to acknowledge and compensate the community for the detrimental effects of the massacre. Justice for Greenwood Foundation, a Tulsa-based nonprofit, is stepping up to the plate. The organization is taking the lead in the fight for justice through its fundraising and activism work.

“We are immensely proud to play our role in rectifying these injustices,” said Damario Solomon Simmons, executive director of the Justice For Greenwood Foundation in a statement. Simmons is also the attorney representing the three remaining survivors in the lawsuit.

He adds, “Nothing can undo the immense pain inflicted upon the remaining survivors of the massacre, but alleviating their current financial burdens inflicted not only by the massacre itself but subsequent systemic racism is the least we could do for them as we continue to push for reparations.”

Honoring the Survivors and Legacy of the Tulsa Massacre

On March 31, 2021, people all over the world shared memories to mark the 100th anniversary of the Tulsa massacre.

“I will never forget the violence of the white mob when we left our home,” says Mother Fletcher. “I still see Black men being shot. I still see Black businesses being burned. Our country may forget this history, but I cannot. I will not, and other survivors do not. And our descendants do not.”

100 years ago, a white mob attacked the thriving Black district of Tulsa. Approximately 300 Black people were killed. White supremacists burned down Black businesses, homes, and churches. The destruction of Black Wall Street was not officially acknowledged and no one was held accountable. A massive pool of Black wealth was lost during the massacre.

“We cannot allow Tulsa’s leaders to champion their revisionist history and continue to exploit the very people affected by this national tragedy,” said Rashad Robinson, President of Color Of Change, in a statement. “Thanks to the leaders of the Justice for Greenwood Foundation, and so many others who continue to fight for reparations that are rightfully owed, this gift for the survivors of the Tulsa massacre shows that we have the power to demand justice for Black communities in Tulsa and all across the country.”

Color of Change shared a petition to support Justice for Greenwood.