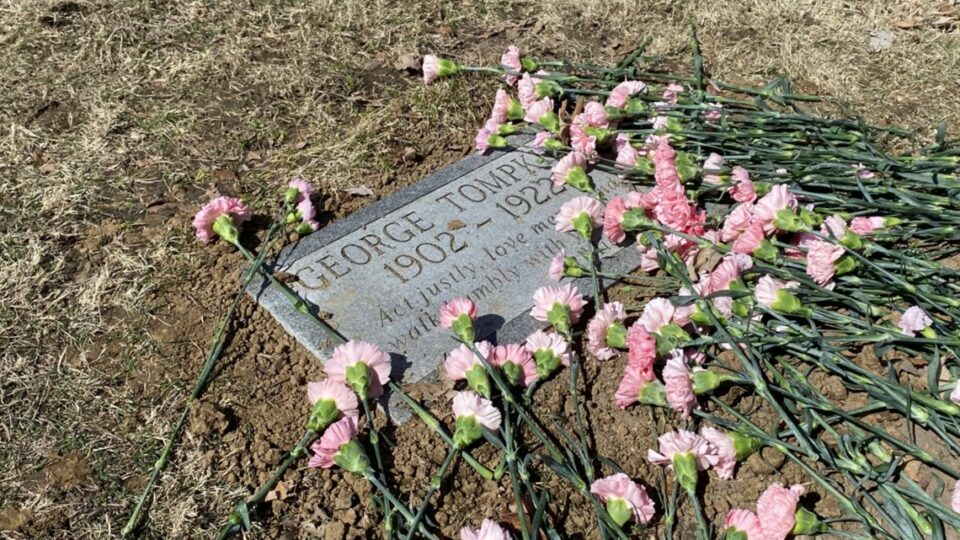 The body of George Tompkins was found hanging from a tree on Mar. 16, 1922, in the Municipal Gardens section of Riverside Park in Indianapolis with his hands tied behind his back. A century later, officials have ruled the 19-year-old’s death a homicide.

The death, which appeared on the front pages of Indianapolis newspapers 100 years ago, had initially been ruled a suicide on the death certificate although the country coroner at the time stated: “the man could not have hanged himself.” But activists with the Indiana Remembrance Coalition, based at St. Luke’s United Methodist Church, worked to get Tompkins’ death certificate amended.

On Saturday, Mar. 12,  the ambitious coalition had a memorial ceremony in honor of Tompkins at Floral Park Cemetery. Marion County Deputy Chief Coroner Alfie McGinty unveiled a new death certificate that listed the lynching victim’s passing as a homicide, as reported by WTHR 13.

“We will bring justice to something that was unconscionable to me,” McGinty said, according to NBC News.

“We are proud to be a part of this history some 100 years later, and we will remember George Tompkins.”

At the gathering, Indianapolis Mayor Joe Hogsett added, “In 1922, teenager George Tompkins did not receive justice from his city – neither in life, nor in death…This recognition comes 100 years too late. It is up to public officials like myself and others to preserve and promote equal justice for all residents of our city.”

A newly commissioned headstone was displayed for Tompkins’ unmarked grave during the program. The remembrance group is hopeful they can help the community start more dialogues and move forward on a larger path to justice.

“We can’t undo the horror committed against this man – or against the more than 4,000 other Black Americans lynched during decades of racist terror,” said Betty Brandt, director of the Community for Contemplation & Justice at St. Luke’s United Methodist Church, as per a press release statement.

“But we can acknowledge what was done, give him at least a headstone, and pledge to move forward together as a better country,” Brandt said.

This recent feat for Tompkins’ family and the Indianapolis community comes a week after the U.S. Senate gave final passage to a bill to making lynching a federal crime, BLACK ENTERPRISE previously reported.

Now, the decision is in the hands of President Joe Biden.